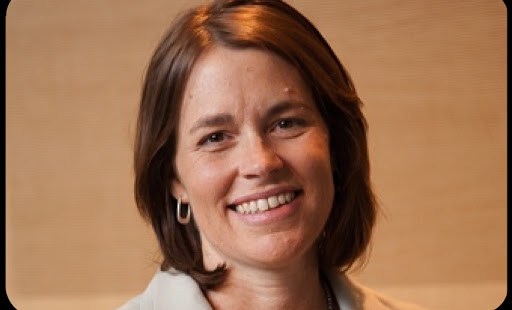 Second American appointed to Vatican communications role, and one of 2 laywomen

Following the appointment of US native Greg Burke as chief Vatican spokesman this week, a second American was named to a communications post in Rome.

Kim Daniels, a former spokesman for the US Bishops Conference, was tapped Wednesday to join the Vatican’s Secretariat for Communications. The American religious freedom and prolife attorney was one of 16 people appointed by Pope Francis to the secretariat.

A graduate from Princeton University and the University of Chicago Law School, Daniels is an attorney whose practice is focused on religious freedom and pro-life issues, and is also a lay consultant to the USCCB’s Ad Hoc Committee on Religious Liberty, EWTN News reported.

She is the former spokesperson for the president of the United States Conference of Catholic Bishops, having served under both Cardinal Timothy Dolan and Archbishop Joseph Kurtz. She is also a founder and director of Catholic Voices USA.

The panel is headed by Msgr. Dario Vigano, and Daniels is one of only three lay persons appointed Wednesday.

EWTN noted that when Pope Francis began his reform of the Roman Curia in 2013, with the help of his council of nine adviser cardinals, one of the most immediate areas that needed attention were the Vatican communications operations.

In order map out what a possible reform of Vatican communications would look like, Francis established an international commission headed by British Lord Chris Patten to study the current process and provide suggestions.

Upon completing its mandate, the commission provided a plan for reform largely centered on streamlining the various communications departments for better integration and unification.

Overseen by the Secretariat for Communications, the plan is currently being carried out over a 4-year period, and Francis’ newest appointments are part of the ongoing process.

Crux noted that Daniels is currently a communications consultant for organizations such as Catholic Relief Services, the Archdiocese of Washington, the Catholic Climate Covenant, and Women Speak for Themselves.

Daniels, a mother of six children who lives in Washington, D.C.,  told Crux she was “honored and excited” by the appointment, which she said comes at a key moment in the development of Church communications.

“Pope Francis is showing us how best to convey the Gospel: by bringing the love at the heart of our faith close to people in the concrete particularity of their lives,” she said.

“The hallmarks of his approach – mercy, dialogue, personal encounter – are essential to effectively bringing our faith to others,” Daniels said, “and I’m looking forward to helping advance that mission.”

The other new members of the secretariat include Cardinals Béchara Boutros Raï, Lebanese Patriarch of Antioch of the Maronites; John Njue, Archbishop of Nairobi, Kenya; Chibly Langlois, Bishop of Les Cayes, Haiti; Charles Maung Bo, Archbishop of Yangon, Myanmar; Leonardo Sandri, Prefect of the Congregation for Oriental Churches and Beniamino Stella, Prefect of the Congregation for Clergy.

The other two laypersons nominated are Markus Schächter, professor of ethics in the mass media and in society at the Faculty of Philosophy S.I. München, Germany, and Leticia Soberón Mainero, a psychologist and expert in communications who had already a consultant for the Pontifical Council for Social Communications.