The Vatican Library is online 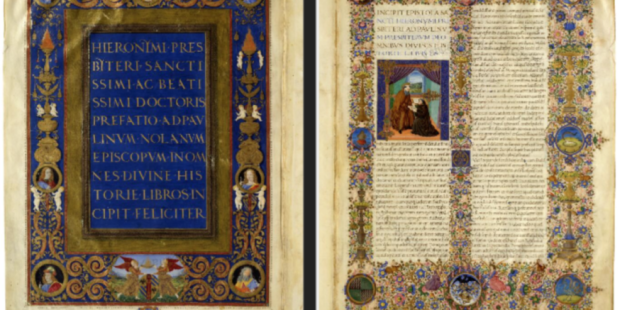 75,000 codices, 85,000 incunabula and more than a million books will gradually be digitized

The Vatican Apostolic Library, better known simply as “VAT,” was officially established in 1475, although it is actually much older.

It was in 1451 when Pope Nicholas V, a renowned bibliophile himself, attempted to re-establish Rome as an academic center of global importance, building a relatively modest library of over 1,200 volumes, including his personal collection of Greek and Roman classics and a series of texts brought from Constantinople

Today, the Vatican Library treasures around 75,000 codices, 85000 incunabula (i.e., editions made between the invention of the printing press and the 16th century), for a grand total of more than a million books.

Well, now all this is being displayed online, thanks to a painstaking scanning process. Little by little, though. And it is available to anyone with internet access, free to view (and download as .jpg files), just by clicking here.