The day Pikachu beat the Parthenon 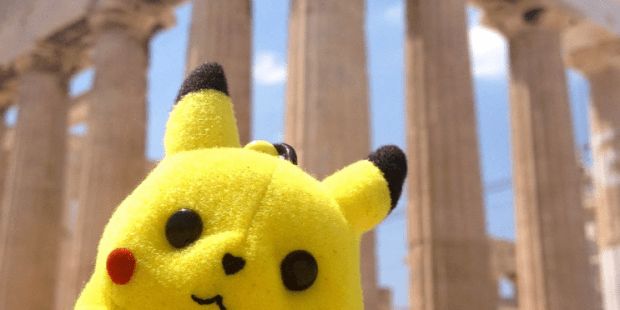 Pokemon Go users are visiting museums in droves, but not for the usual reasons

Since the seemingly-already-omnipresent game was released last week, some museums and public sites of interest have happened to see the numbers of visitors entering their corridors going up significantly. However, this does not mean that lovers of art and history have suddenly thrived. It only means gamers are hoping to catch a Pokemon in the galleries.

In her note published by Hyperallergic, Claire Voon explains the gritty-bitty details of what is now the most downloaded application for smartphones in the United States, which makes its users go “hunting” out in the real world (including museums, parks, restaurants, you name it) in order to collect these “pocket monsters” (which, allegedly, is what “Pokemon” stands for). Basically, it is an augmented reality game (that, is, an interface which adds virtual elements to the empiric world), based on a GPS system.

The cherry on top: many of these places are marked as “gyms” (that is, places places where you can train your Pokemon and pit them against those belonging to other players) or “Pokestops” (areas where you can find additional materials the game requires). “Pokestops” are located in museums, historic buildings and some other public spaces. For example, as Voon points out in her note, the “Ugolino and his Sons” by Jean-Baptiste Carpeaux, at the Metropolitan Museum of Art of New York, is one of those. And Charmander (another Pokemon) can be “hunted” by the famous Elgin Marbles, the marble friezes of the Parthenon, at the British Museum.

This overlap is no coincidence. Most (or all) of these museums and spaces, Voon goes on, are freely accessible, and the game draws its geographical data from the Historical Marker Database, an extensive catalog of historical landmarks, including truly inappropriate sites por gaming, including (believe or not) Auschwitz.