My kid brother is rejecting our Father, and the “Our Father,” too 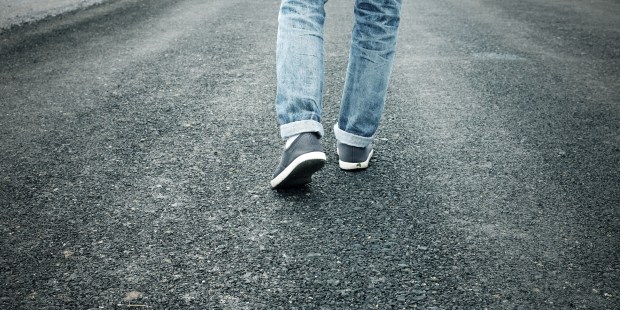 It is difficult to reconcile the memories of my baby brother with the man in front of me saying, “I don’t believe in God”

The invitation to say the “Our Father” is one of the most beautiful, glossed-over treasures in the Mass: “At the Savior’s command and formed by divine teaching, we dare to say.”

Unworthy as we are to utter such intimacy — and when Christ first taught us to do it, what a foolhardy notion it must have seemed — we call him Father; we call him ours.

What could be more daring?

Perhaps to say, “I have no heavenly father.”

These were the words I heard from my youngest brother in an email titled, “I don’t believe in God.” It hit me like a punch to the gut.

There is nothing noteworthy about one more dejected, misanthropic millennial. But it’s noteworthy when he’s my brother, because I have seen God’s paternal hand leading him through life, endowing him with grace. My brother was called for a special purpose, even from his youngest years.

At three years old on Christmas Eve, his furrowed brow peered over construction paper while his pudgy fist scribbled furiously with a magic marker. While the rest of us had sugarplums and Legos dancing in our heads, he had the Birth in mind. And it was with gentle conviction that the youngest of us would demand to go to the nativity set at church to lay a newspaper-wrapped birthday card for baby Jesus, lying in the manger.

Two years later, my family was rifling through possessions my mom was prodding us to collect for the homeless; I was pettily hoarding my clothes that no longer fit, while Keegan, with the authentic purity that could only come from someone who had just learned of homelessness, pulled his baby blanket off his bed, and sent it to those who clearly needed it more.

And later that year when we entered my mom’s hospital room, as she lay sutured after a mastectomy, it would once more be tiny Keegan, moved by a holy haste and a divine knowledge, who would find a small scrap of skin untouched by tubes and tape and gently pat her while tears rolled down her cheeks.

The stories are many and precious to me: him rolling out of bed on summer mornings for daily Mass, his desire to be a priest, his visits to the adoration chapel, his beautiful voice singing “Ave Maria” at my wedding. They gnaw at me like a painful reminder of how God sees him.

When graduating from high school, I impishly asked him what the most important piece of advice he could give me was, and without a beat he said, “Ask without reserve.”

How those words haunt me now; like an echo from the past they reverberate over the moments when De Sales and Aquinas were replaced with Nietzsche and Hume. The trips to the chapel replaced by coffee with fellow skeptics. The sweet drawing of Jesus the shepherd in his bedroom stared at through increasingly ironic eyes. The fidgeting hands during family prayers and rosaries. The discomfort. The smirks. The silence.

It is difficult to reconcile the memories of my baby brother with the man in front of me saying, “I don’t believe in God”; difficult to hear him come to such a conclusion when his whole existence has been a stark contrast to godlessness.

But my memories are God’s whispers to me of the way he sees my brother still, his beloved son.

When we were given a filial relationship with our Creator, it wasn’t by our merit. It was Christ interceding, “Here am I and the children You gave me.” It is Christ who died on our behalf, who gave us the gratuitous incarnation and intimacy with the Father. We don’t earn His fatherhood; He just is our Father.

So while my brother is telling me he no longer believes in God, God’s hands are on both our shoulders as the news is shared.

While he strengthens his self-mastery through yoga, every breath in and out will still be the ruah that God breathed into him on his first day. And while he reads Nietzsche and every other philosopher on the planet, God will be still watching over him in his earnest pursuit. And God-willing, someday when he’s stumbled on Augustine, and he is out in his garden and has his falling-over conversion, God will lift his head up, look him in the eyes and say, “You are my son, you have always been my son. Come home.”

And we will say “Our Father” once again.