You can’t be having too much grace 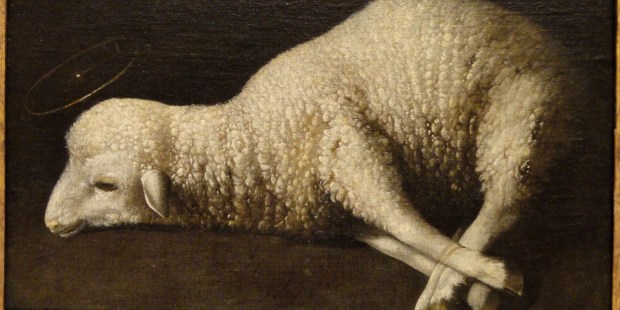 Have we forgotten how to feel unworthy in the presence of goodness, let alone of God?

“You can’t be having too much grace for me,” said a friend, who had grown up in a form of Catholicism that was big on sin and guilt, plus punishment. Priests would interrogate you in the confessional like a detective grilling a serial killer trying to deny his crimes, and sometimes refuse you absolution if they decided you weren’t repentant — which is to say guilt-stricken — enough to deserve it.

We reacted differently to news about the Church, he said, because we’d grown up in different worlds. The New England college town of my secular youth thought of itself as a kind of Eden in which free spirits could be good and were good, with predictable results. Think Lord of the Flies. I saw the (usually metaphorical) needle and the damage done, as Neil Young said in a song that jarred people with its realism about loss.

To be clear, he knows the need for the moral law and I know the need for grace, very much. Growing older and going to confession for years makes you feel how much you and those you love need God’s forgiveness. I leave the confessional resolved to go and sin no more, and then sin more. I still want the rules insistently spelled out, but now much more than when I was a new Catholic, you can’t be having too much grace for me.

A most destructive phrase

The other day I stumbled on an article titled “Dear Pope Francis, End the Religious Ritual that Devalues Human Life.” You won’t guess what the writer believes “one of the most destructive phrases in human history.”

It’s the words we say at Mass as the priest holds Jesus in front of us: “Lord, I am not worthy that you should enter under my roof.”

The writer’s description of what she thought was the problem I don’t find compelling. Her solution reminded me of the Butterflies and Daisies people and the I’m O.K. You’re O.K. people (two different groups) of my youth. My friend would probably sympathize more than I do, because he’s had the experience of being held unworthy, but even he would roll his eyes.

“By believing we are not worthy,” the writer says, “we open the door for the mistreatment of ourselves and the mistreatment of others as we seek to assuage the psychological pain the false belief imparts. The guilt of unworthiness calls for us to judge ourselves and to judge others just as harshly. We cower within power-over structures or worse; we attempt to control others in our imagined superiority.”

Yes, a feeling of unworthiness can become pathological, but that doesn’t settle the matter of whether we are unworthy. It also leaves out the reverse problem, of those who feel they are completely worthy, the people we call egotists, narcissists, and psychopaths. Which causes more human suffering is hard to judge, but I’d bet on the second. We should not be encouraging this feeling in others.

The argument’s all a muddle of emotive phrases and dubious psychological claims. Worse, there’s the appalling smug egotism of it all. Have the writer and other would-be Children of Eden never met a deeply good person, a holy person, much less a saint? Have they not felt unworthy in the presence of real goodness? Felt that here was someone you would feel it an undeserved honor to have in your home?

A beacon and an open door

I suspect they have met but haven’t recognized genuine goodness, and if so they’ve inflicted on themselves a huge loss. It’s a gift, meeting people who are so good. The good man and woman is a beacon, is the light of an open door at the end of a dark hard journey. It’s a gift to feel unworthy in the presence of goodness, because that goodness comes from a God who wills us to become worthy and has provided the means at great cost to himself.

“One of the most destructive phrases in human history.” No, just no. It lets us say yes to one of the most profound moments of healing in human history. There at Mass, we’re speaking to the creator of the universe, the second Person of the Most Holy Trinity, the savior of our souls, the crucified Lord. And he’s right there. He has spoken the word, and our souls shall be healed.

You can’t be having too much grace. That’s the real meaning of looking at the Lord Jesus Christ who has come to us in the Sacrament and will give himself to us in just a couple minutes, and telling him we’re not worthy. We’re not, and he knows that better than we do, but he’s coming anyway.