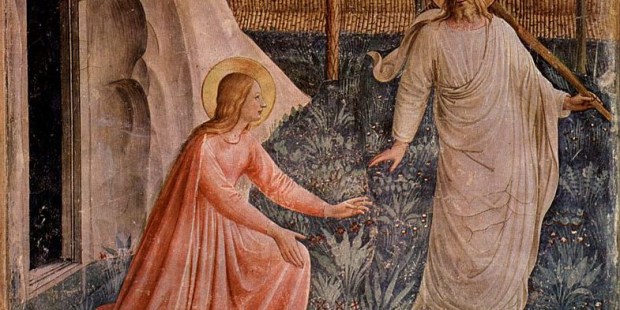 VATICAN CITY — To coincide with the feast of St. Mary Magdalene instituted by Pope Francis on June 3, 2016, Cardinal Robert Sarah has written an essay which shall appear in the Friday, July 22 Italian edition of the Vatican newspaper L’ Osservatore Romano.

In his reflection, the Prefect for the Congregation for Divine Worship and the Discipline of the Sacraments has said Mary Magdalene reminds us of the need to “recover the primacy of God and the primacy of adoration in the life of the Church and in liturgical celebration.” He also highlights two attitudes of this great female saint which are at the heart of the preface and texts of the Mass: adoration and mission.

Here below we offer our readers an English translation of Cardinal Sarah’s essay.

On July 22, by the decision of Pope Francis and in the Year of Mercy, we celebrate St. Mary Magdalene as a liturgical feast. The new preface, entitled De apostolorum apostola (“apostle of the apostles”), following Rabanus Mauro and Saint Thomas Aquinas, presents the beloved saint of the Lord as the testis divinae misericordiae (“witness of divine mercy”), the first messenger who announced the Lord’s Resurrection to the apostles (cf. John Paul II, Mulieris dignitatem, n. 16). I wish to reflect on two attitudes of the saint which are the heart of the new preface and the texts of the Mass, and which can help all Christians, men and women, to deepen our commitment as followers of Christ: adoration and mission.

The new preface presents the Magdalene, who passionately loved Christ while he was alive, saw him dying on the Cross, sought him as he lay in the tomb, and was the first to adore him newly risen from the dead. The text then highlights that the saint, honored with the mission of being an apostle of the apostles, announces the good news of the living Christ to the apostles who in turn would spread this news to the ends of the earth.

Love is what characterizes the life of Mary Magdalene. Passionate love, as the two possible readings of the Mass recall: “I sought him whom my soul loves; I sought him but found him not. I will rise now and go about the city, in the streets and in the squares; I will seek him whom my soul loves” (Song of Songs 3:1-2), for “the love of Christ possesses us” (2 Corinthians 5:14). A love that leads to seeking the Lord, as the responsorial psalm and the preface of the feast sing: “O God, thou art my God, at dawn I seek thee, my soul thirsts for thee; my flesh faints for thee, as in a dry and weary land where no water is” (Psalm 63:2). Therefore, dilexerat viventem e quaesierat in sepulcro iacentem (“she had loved him while he was alive” and “sought him as he lay in the tomb”). Indeed, “she came to the tomb early, while it was still dark” (John 20:1).

It is love which must characterize our lives as Christians, as true friends of Jesus. A love that leads to seek the Lord. This is the only valid program for the Church, as John Paul II reminded us: “The program already exists: it is the plan found in the Gospel and in the living Tradition, it is the same as ever. Ultimately, it has its center in Christ himself, who is to be known, loved and imitated, so that in him we may live the life of the Trinity, and with him transform history until its fulfilment in the heavenly Jerusalem. This is a program which does not change with shifts of times and cultures, even though it takes account of time and culture for the sake of true dialogue and effective communication. This program for all times is our program for the Third Millennium (Novo millenio ineunte, n. 29).

To seek Christ in order to love him, as Mary Magdalene did. Pope Francis’s words help us in this, when he tells us: “How good it is to stand before a crucifix, or on our knees before the Blessed Sacrament, and simply to be in his presence! How much good it does us when he once more touches our lives and impels us to share his new life! What then happens is that ‘we speak of what we have seen and heard” (1 Jn 1:3).’” (Evangelii gaudium, n. 264). To seek Christ in order to love him and give him to others. This is the program for the Church and for each of her children.

Adoration takes first place. Mary Magdalene reminds us of the need to recover the primacy of God and the primacy of adoration in the life of the Church and in the liturgical celebration. This was a fundamental goal of the Second Vatican Council and continues to be so now. God must occupy the first place, but this cannot be taken for granted. John Paul II, on the 25th anniversary of Sacrosanctum Concilium, recalled: “Nothing of what we do in the Liturgy can appear more important than what in an unseen but real manner Christ accomplishes by the power of his Spirit. A faith alive in charity, adoration, praise of the Father and silent contemplation will always be the prime objective of liturgical and pastoral care.” (Vicesimus Quintus Annus, n. 10).

To adore God, as the Bishop of Rome states, in “every liturgical ceremony”; “what is most important is adoration” and not “the songs and rites,” as beautiful as they are: “The whole community together looks at the altar where the sacrifice is celebrated and adores. But I believe, I say it humbly, that perhaps we Christians have lost somewhat the sense of adoration. Let us consider: we go to the temple, we gather as brethren, and it is good, it is beautiful. But the center is where God is. And we adore God” (November 22, 2013). The pope asks us: “You, I, do we worship the Lord? Do we turn to God only to ask him for things, to thank him, or do we also turn to him to adore him? What does it mean, then, to adore God? It means learning to be with him, to stop to talk with him, sensing that his presence is the truest, the best, the most important thing of all.” (April 14, 2013).

Half a century after Sacrosanctum Concilium, the pope reminds us of the need to put God first: “To get diverted by many secondary or superfluous things does not help; what helps is to focus on the fundamental reality, which is the encounter with Christ, with his mercy and with his love, and to love our brothers and sisters as he has loved us. An encounter with Christ is also adoration, a little used word: to adore Christ.” (October 14, 2013).

Mary Magdalene is the first witness of this twofold attitude: to adore Christ and to make him known. As the preface goes on to say, following the Gospel of the day: prima adoraverat a mortuis resurgentem, et eam apostolatus officio coram apostolis honoravit ut bonum novae vitae nuntium ad mundi fines perveniret. [She was the first to adore him newly risen from the dead. He honored her with the task of being Apostle to the Apostles, so that the good news of new life might reach the ends of the earth.] “Go to my brethren and say to them: ‘I am ascending to my Father and your Father, to my God and your God.’ Mary Magdalene went and said to the disciples: ‘I have seen the Lord’: and she told them that he had said these things to her” (John 20:17-18).

Ultimately, we must focus our lives on Christ and his Gospel, on the will of God, stripping ourselves of our plans, to be able to say with St. Paul: “It is no longer I who live, but Christ who lives in me” (Galatians 2:20). As the apostle of the apostles, Mary Magdalene goes out of herself in order to go to Christ with adoration and mission. Along the same lines, Pope Francis states: “This ‘exodus’ from ourselves means setting out on a path of adoration and service. The exodus leads us on a journey of adoring the Lord and of serving him in our brothers and sisters. To adore and to serve: two attitudes that cannot be separated, but must always go hand in hand. To adore the Lord and to serve others, keeping nothing for oneself” (May 8, 2013).