Is There Such a Thing as a Pro-Life Democrat? 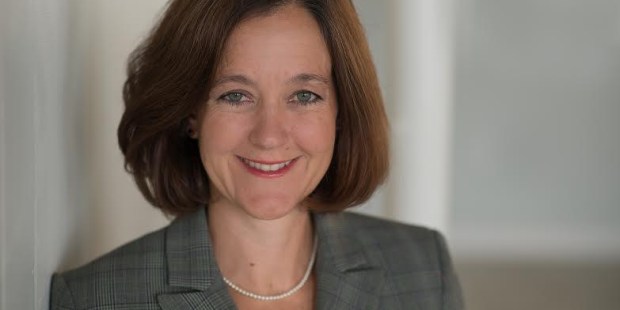 Talking with Kristen Day, Executive Director of Democrats for Life, about what seems like the loneliest job in the world…

As the Democrats prepare to kick off their convention this week in Philadelphia—with a prominent pro-choice Catholic, Tim Kaine, on the ticket —I thought it might be interesting to hear from an organization whose name, to many, sounds like a contradiction in terms: Democrats for Life of America.

In today’s political climate, someone advocating for life issues in the Democratic Party might be considered to be the Maytag repairman of American politics. It’s the loneliest job in the world.

But it’s a job the organization approaches with zeal and purpose.

The group describes itself as “the pro-life voice and wing of the Democratic Party.” On its website it proclaims:

“We believe in the fundamental worth, dignity, and equality of all people. We believe that the protection of human life is the foundation of human rights, authentic freedom, and good government.

When a friend mentioned that he was doing some work for them, he suggested it might make for an interesting (and especially timely) interview. I agreed. He put me in touch with Kristen Day, their Executive Director in Washington, who happily agreed to answer a few questions by email.

Day has been active in pro-life political causes for many years, has worked extensively on Capitol Hill, and is the author of “Democrats for Life and the Silenced Majority.”

Q: For those who may not know your group, describe briefly what you do and your organization’s mission.

A: Democrats For Life is a non-profit organization representing the views of 21 million pro-life Democrats. We are a national coalition seeking to promote the pro-life position within the Democratic Party and to support pro-life Democrats seeking political office. We promote a consistent ethic of life and consequently oppose abortion, euthanasia and capital punishment.  We also advocate for policies that promote the protection of life, and support families, such as the Pregnant Women Support Act (Pregnancy Assistant Fund) and others.

Regarding abortion, we believe that the answer to a crisis pregnancy is to eliminate the crisis—not the child.

We don’t believe women should have to “choose” between motherhood and a decent, safe life.  We believe it is going to take emphasis on the support side, which Democrats are good on, to truly give women real choice. A livable wage, affordable children care, paid leave, and flexible hours all help families who are faced with an unplanned or planned pregnancy.

Q: In a party that is overwhelmingly pro-choice, how do you make any headway? Every four years, we watch the conventions, and there seems to be no change in the party’s attitude toward life issues.

A: In the words of Nemo we “just keep swimming.”

All kidding aside, Democrats for Life of America (DFLA) members are committed to an enduring change of heart in our country—one that we know will take time.

This year, the Democratic Party did include opposition to the death penalty and support for paid maternity leave but took their commitment to the abortion industry to a new level.   We believe that the party platform is out of step with views of Americans, and we have data which supports this fact.

One of the unexpected benefits of the extreme position the Democratic Party platform has taken on abortion is that we have seen an upsurge both in DFLA membership and contributions to our efforts.

Q: Hillary Clinton’s running mate is Tim Kaine, who describes himself as a “traditional Catholic” but a “strong supporter of abortion.” Isn’t that a contradiction?

While we cannot comment on Mr. Kaine’s belief system, we have seen others who regret accepting the Democratic “party line” on abortion.

John Kerry reflected on this after he lost the 2004 election.  At a speech at Pepperdine University. He said,

How will we protect the weakest in our midst—innocent unborn children? How will our nation resist what Pope John Paul II calls a “culture of death”? How can we keep our nation from turning to violence to solve some of its most difficult problems—abortion to deal with difficult pregnancies; the death penalty to combat crime; euthanasia and assisted suicide to deal with the burdens of age, illness, and disability; and war to address international disputes?”

It was a few years after his presidential campaign that he understood the contradiction of failing to let your faith guide your decisions. If he had presented those thoughts during his run for office, the outcome might have been very different.

In addition, in an interview years after he served, Democratic President Jimmy Carter expressed regret that he had not embraced a pro-life position while in office.  It was one of the few troubling positions he later felt remorse over.