Smiles and jubilation – these two words seem to encapsulate what we can feel in Kraków today.

The “Days in the Dioceses” are over; during their events pilgrims from the entire world were hosted in Polish cities and towns. Now, the young people are streaming in to Kraków; World Youth Day gets into full swing, today. The celebrations will begin with a  ceremony in Błonia, presided over by Cardinal Stanisław Dziwisz. Then, on Wednesday, Pope Francis arrives!

Our Polish edition reports: “The pilgrims who start their participation in the WYD just today are heading to Kraków, too. The city streets are filled with young people from different countries. The center resounds with joyful cries and singing of WYD participants. The city residents are picking up the atmosphere.”

Foreign pilgrims are thrilled with Kraków. They stress both the wealth of its architecture and the warm welcome of the residents. WYD volunteers take advantage of any free moment to take a nap. Tired of the scorching sun, the pilgrims try to cool off at water fountains. In the streets you can meet Capuchin friars on roller-skates and dancing religious sisters, and Popemoji with Francis are literally everywhere in the city. Smiles and jubilation – these two words seem to be expressive of what we can feel in Kraków today.

There is also silence, reflection, prayer, and Holy Mass celebrated in many churches in different languages.

Aleteia hopes the pilgrims will keep this infographic handy, hang on to this call-center number in case they need it, and also that they will have their cameras charged and ready, because every photo they tag #KrakowtoRome will be entered in a contest to win a free trip to Rome! 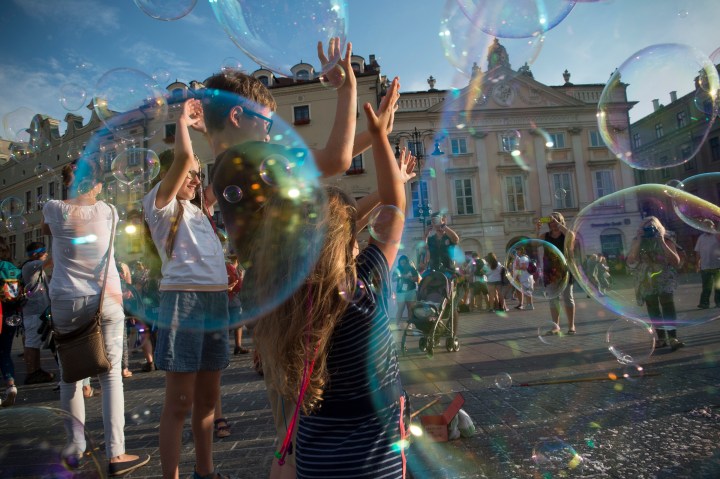