A little rain never hurt anyone, and it certainly didn’t slow things down at World Youth Day in Krakow. The Halleluya Festival began its second day of music with the Indian band Acts of the Apostles, which grew out of the Jesus Youth Movement. They were followed by a group out of Dubai, MasterPlan, in what might have been the most eclectic concert ever by a single group. They seamlessly blend together pop, rock, hip-hop, reggae, Indian, and Arabic songs, even incorporating a song or two from Sister Act. The two groups performed for a very enthusiastic crowd that danced throughout their sets.

The afternoon continued with Cardiac Move out of Salzburg, who can best be described as the Austrian U2. The audience sang along, many of them knowing the words by heart, not surprising given that the popular group has played for five World Youth Days.

The band began their set with an audio track of John Paul II, who is very special to the group, especially lead singer Johannes Krysl, who revealed to Cecilia that he owes his life to the great saint: When they couldn’t conceive, his parents made a trip to Rome seeking John Paul II’s intercession and soon after they had Johannes. “Holy Saint John Paul II has been my pope from the beginning. I grew up with him. And I believe I’m here because of him,” shared the band’s frontman.

After Cardiac Move, the French group Glorious took the stage and immediately had the crowd singing along. The vibrant sound of the group from Lyon drew everyone in.

The night ended with a second show from Alto Louvor. Even in the pouring rain spirits were high and the group kept the crowd moving, getting everyone into the samba beat.

The final day of the Halleluya Festival will feature another all-star lineup, including the American PJ Anderson, popular Italian group The Sun, and Sister Cristina, winner of Italy’s The Voice. Follow Cecilia on Facebook as we bring you all things musical from Krakow, and learn more about the Halleluya Festival here. 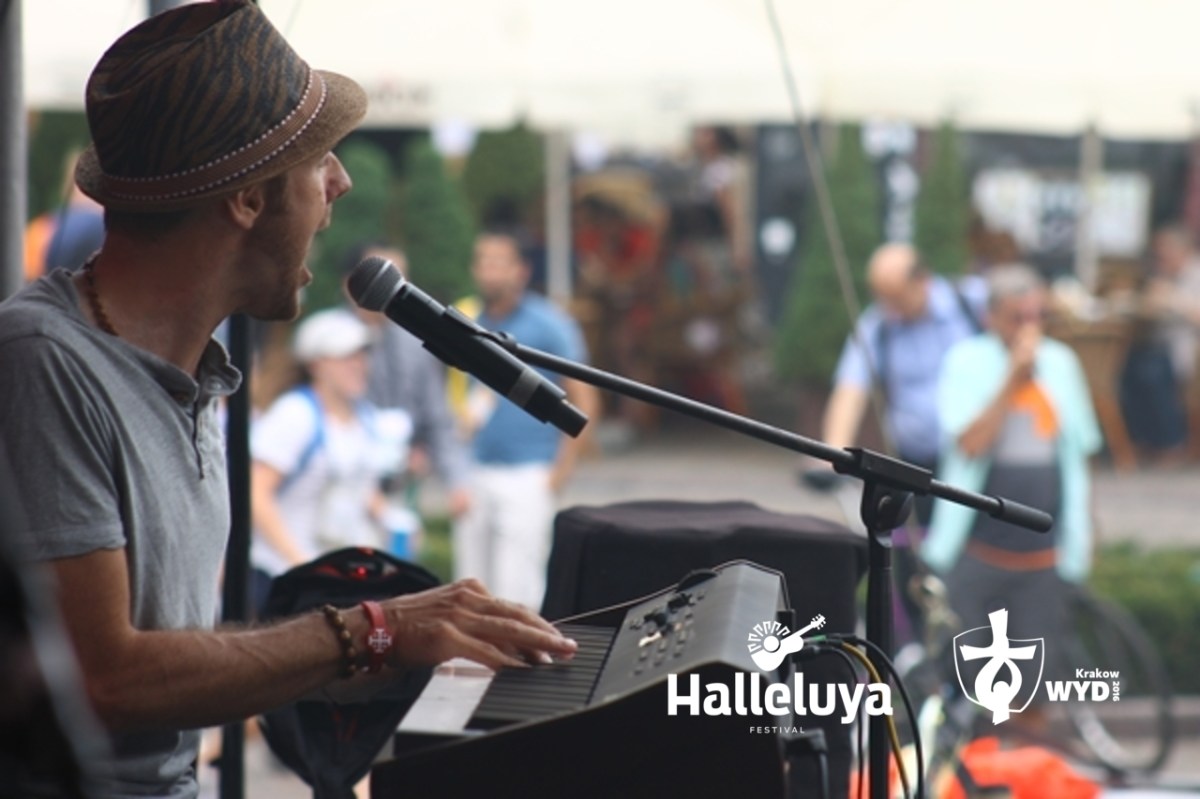