Help, my pro-abortion in-laws are trying to indoctrinate my kids! 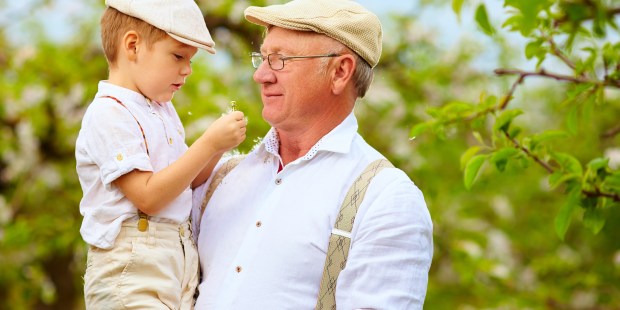 Katrina Fernandez tells us how to defend our families, because that’s what it’s all about

Last week, in response to my advice on how families can deal with political differences, reader Ginny O commented,

“I’m wondering what you would say if the issue was abortion. My in-laws come to our house and tell the kids that a woman has a right to choose abortion. It’s breaking my heart, but they don’t seem to be interested in stopping with that. They also say that there is nothing wrong with a homosexual lifestyle and my niece is gay, so there’s that as well. Anyway, maybe some day you could share your thoughts on how to deal with those issues.”

Tread lightly (at first), but firmly. Since these are your in-laws it’s imperative that your spouse has your back when confronting his parents. Sit down with your husband and discuss an action plan for the next time you get together with them. Then I would wait until they bring up the topic again. I would not initiate anything confrontational or start laying ground rules down until they’ve brought up the subject again. When they do that’s your opportunity to (gently and politely as possible, with the backing of your husband) ask them not to bring up the subject again because their views are fundamentally different from the values you have as a family.

Mature adults will respect family boundaries but I realize some people can be highly defensive when someone doesn’t agree with them. They may take that disagreement as judgment. You also mentioned in your comment that your in-laws are Catholic and should know better. Yes, they should, which makes me think standing your ground may cause a defensive reaction from them. Be prepared for that.

The fact of the matter is that — whatever their feelings — these are your children they’re spouting off to, and and they’re doing it in your house. Any guest in your home, related or not, has to respect the house rules and boundaries.  I am all about trying to maintain a civil family environment but I draw the line at anyone who intentionally tries to undermine my parenting. Nothing makes me go full on Puerto Rican quicker than someone who is actively undermining my family, my faith, or our values.

There is also absolutely no reason for your in-laws to bring up the topic of abortion at regular visits and it’s pathetic of them to do so, especially if your children are young.

It’s no secret, I left my husband because he told me, in no uncertain terms, that he would never allow me to raise my son Catholic. He’s still an ex-husband and my son and I are still Catholic. In-laws who tell their grandchildren abortion is OK might be one of those rare things that can justify severing family ties. There is no way I would allow anyone into my home and tell my children something contrary to Church teaching. It’s that simple.

You ask your in-laws to respect your wishes, have your husband’s support on the decision, and if they persist tell them that you’re very sorry with their decision to contradict your parenting, and that you’ll see them at Christmas or the next funeral.

I know that sounds harsh, but some people are toxic, and like a cancer, need to be removed from your life, especially when children are involved, and some people need a drastic action before they understand how serious you are about that, and before they’ll respect your wishes.

Any family member who oversteps their boundaries and disregards the wishes of the parents is not someone who deserves a regular role in your life. Your duty is to your spouse and your children only. You are obligated to extend courtesy and respect to your extended family but that obligation is negated if they are unwilling to return that respect in kind.

I wish you all the best in your fight to protect your children from indoctrinating in-laws and the evil that is abortion.

[Editor’s Note: Take the Poll – Can we protect our children from indoctrination?]