How to move beyond polemics to help the poor 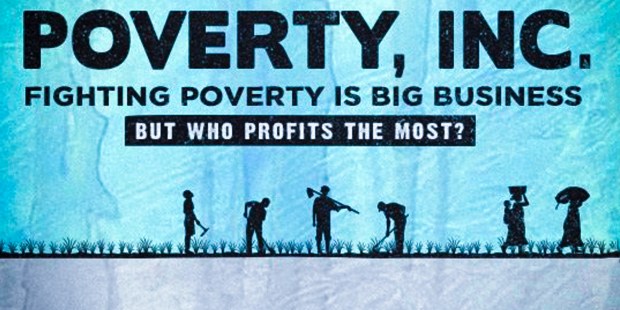 People from all across the ideological spectrum have praised “Poverty Inc.”

In this acrimonious election cycle it can begin to feel like important issues are on hold, that nothing is really being done to anyone’s benefit while distrustful ideologues battle it out and the pressing problems of the poor and marginalized must wait. But there’s one place, amid the rancor, where broadly divergent views are coming together.

A documentary about the poverty industry, Poverty, Inc., has garnered praise from people across the political and ideological spectrum. After progressive film maker Michael Moore saw it he said, “You’ll never look at poverty and the Third World the same again.” We asked the film’s director and producer, Michael Matheson Miller  why he thinks the film is surprising such a wide range of viewers and giving them ways to come together. Here’s what he said:

“It also resonates because we were really intentional to not make a left-wing film or a right-wing film. We wanted to go into this in a way that enables us to think differently and despite its imperfections, one thing I think we did well was avoid left-wing and right-wing ‘boiler plate.’ This allows people from different political perspectives the freedom to engage the issue and think about it on their own terms.

“Third, and this is very un-nuanced, but some on the right want to blame government and some of the left want to blame business and this film shows that actually, they’re working together — and I think that shocks people. There’s a part in the film where a man says, ‘I bought my first home on the proceeds of aid —aid has been very good to me.’ And you should see the reaction of American audiences—everybody’s uncomfortable and it’s very quiet. But when African audiences see it they laugh at that part… ‘Of course, of course!’ they say.

“There are many voices who have been saying this for some time. People realize there’s something broken about the social engineering model of addressing poverty and I think people are open to this now, more than they would have been 20 years ago. We’re delighted that so many people across the political spectrum like the film and can talk about it together.”