Italian artist Luca Fiore’s skills bring to mind the guitar scenes from the movie August Rush. He really has command of his craft.

And right now, courtesy of Cecilia you can download his music for free as part of an exclusive album launched in honor of World Youth Day. 18 artists. 9 countries. All different styles. All cultivators of truth, beauty, and goodness. Download the album for free here.

Luca Fiore, who is featured on the album, is an eclectic Italian guitar player and singer living in London. The young artist was ranked first among 240 participants in the London GIGS Championships in 2015. It is the most important competition of its kind in the UK, lasting six months in its search for the best artist.

Cecilia had the chance to meet Luca Fiore during a concert in Italy. He shared with us the story behind the song “Get Up”:

“This song came out of a very special time for me, in the days following the musical competition in London, filled with a faith in the future I had not felt in some time. The first two verses reveal the “disillusioned Luca,” who tells himself he’s no good and that it’s too late to realize his dreams. In the third verse the “future Luca” speaks, who realized he lost opportunities only because he didn’t have enough faith in himself. The refrain, then, is an invitation for him to get up: Do you really want to give up now after everything? This is the question we need to ask ourselves when the world pushes us to give up.”

To keep up with your favorite artists and to find new music every day, follow Cecilia on Facebook. 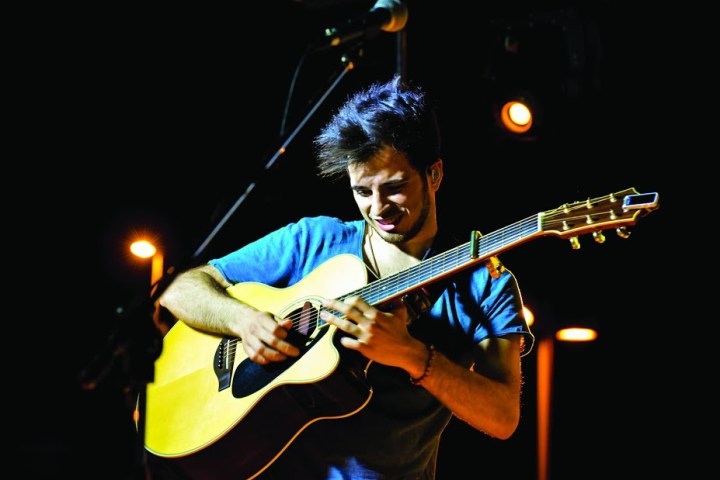