How to stop a terrorist attack before it happens 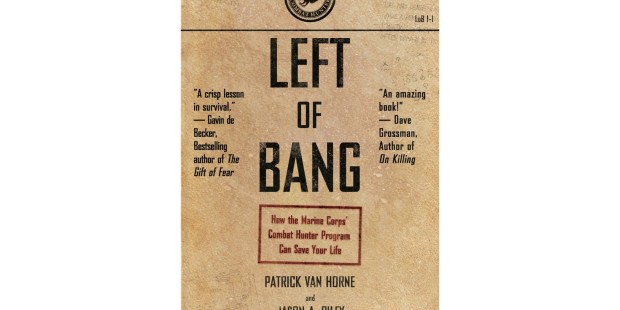 A Marine’s guide to “combat profiling” for civilians

What if you could prevent a terrorist attack from ever happening? Or stop a shooter before he opens fire on a mall? Or simply recognize a suspicious character outside your kid’s school? That is the goal of “The Tactical Analysis Training Program” developed by Patrick Van Horne, a former Marine with extensive field experience in Iraq, who also helped train Marines recognize potential threats in the Combat Hunter program

He is also co-author of the book, Left of Bang: How the Marine Corps’ Combat Hunter Program Can Save Your Life, and has devoted his life to teaching military, police, security guards and civilians how to recognize threats before they occur. Van Horne uses the term “left of bang” to best describe his goal.

“In the lexicon of Combat Hunter, the purpose was to get Marines ‘left of bang.’ If you were to think about an attack on a timeline, bang is in the middle. Bang is the act. Bang is the IED explosion, the sniper taking a shot…Bang is what we want to prevent. Being left of bang means that person has observed one of the pre-event indicators, one of the warning signs, that must occur earlier on the timeline for the bang to happen.”

The driving force behind his program is that humans, across all cultures around the world, share the same “fight or flight” mechanism that influences how they react to certain situations. This means that there are certain indicators that can be recognized (such as body language or abnormal behavior) that can alert a Marine on patrol or a woman walking to her car at night that a certain individual or situation is of concern.

Van Horne teaches his students how to be a “combat profiler,” analyzing a situation to determine if any action is necessary. What’s interesting is that there is no room for racial profiling or religious profiling in assessing a situation. This means that a police officer that goes through this program will not be looking at a person’s race or religion to determine if they are a threat. Van Horne’s philosophy is entirely based on such things as “biometric” cues that transcend any prejudice.

The key to the program is becoming more aware of a person’s surroundings, often dubbed “situational awareness.” Van Horne teaches that when a person walks into a mall, restaurant or gas station, he/she recognizes the general mood and activity of a place and determines what is “normal” behavior. After establishing a baseline of normality, it is then possible to notice any “anomalies” that need to be approached or investigated.

One example of how this works is the terrorist attack that was supposed to happen on January 1, 2000. Ahmed Ressam boarded a ferry from Victoria, British Colombia to Port Angeles, Washington with more than 100 pounds of explosives stored in the wheelbed of his truck. He was able to pass the officials in Victoria, but was halted by a customs agent in Port Angeles. The official was suspicious of his activity when she started asking questions. As Van Horne describes in his book, “As she asked fairly simple and straightforward questions about where he was going and how long he planned on staying in the country, he became extremely fidgety and jittery, began to sweat, and seemed unnecessarily anxious.”

After searching the car, officials were going to confront Ressam about what looked like drugs and when they approached him he booked it, trying to escape. He was caught, detained and then they unraveled his plot to set off explosives on New Year’s Eve in Los Angeles.

Van Horne’s mission is to spread this knowledge of “combat profiling” to everyone, not just the military. In addition to his book Van Horne has developed, along with businessman Jonathan Smith, an online training program to serve the needs of military, police, security officers, and civilians with the tools necessary to become more aware of their surroundings. It is a service that everyone can benefit from, especially those who are involved with the safety of others.

In a world where there are no battle lines and terrorists could set off a bomb at a local grocery store, it would be beneficial if everyone were able to recognize potential threats and contact the authorities when necessary. We certainly need fewer headlines like those that we have witnessed over the past two months.