Hiroshima was bombed 71 years ago today. This guy chose to sing about it, but did he cross the line?

A bitter diatribe wrapped in a jovial tune, or something much deeper?

“I wrote the song from the simple perspective that whether or not those bombings were justified, they were tragic defeats for humanity.” -Kevin Heider

I had found my guilty pleasure.

I played Kevin Heider’s “Enola’s Wake” on repeat: It was just delightful, but it was so un-Christian. The song is a toast to the passing of Enola: “Sleep Enola, sleep and don’t ever wake up. I’m sad to have known ya, and the death that your life was made of,” resounds the chorus.

Kevin Heider crossed the line this time. As I’ve written before,Heider’s album The Spark is darker, rawer, and more “human” than we’re accustomed to in Christian music. He boldly takes us to the peripheries of the human experience, but joyfully toasting a woman’s death? Where was the mercy? The hope for her salvation?

Then the metaphor sunk in.

The song wouldn’t be my guilty pleasure after all. It wasn’t a bitter diatribe wrapped in a jovial tune. Every word of it was a metaphor, a metaphor designed to make the discussion of a tough issue more palatable.

I was almost fooled by the genius of his lyrics, missing the carefully conceived metaphor in the midst of a creative self-standing narrative, the toast to a pitiful woman’s passing. Then faint memories from a distant history class opened my eyes.

On August 6, 1945 the United States dropped an atomic bomb on the city of Hiroshima, Japan. The bomb, codenamed “Little Boy,” was carried by the aircraft named Enola Gay. Now that the metaphor is probably sinking in, take a look at the lyrics; they really are incredible.

Heider, who penned the song, shared with Cecilia his own internal wrestling with the issue, admitting he once “argued adamantly – and in retrospect, disrespectfully and ignorantly – for the atomic bombings of Hiroshima and Nagasaki.”

At the time of writing the song, he had begun to reconsider his firm support, but was still unsure where he stood. He was, however, sure of one thing. He firmly believed the words of John Paul II: “War is not always inevitable. It is always a defeat for humanity.”

“With that truth in mind,” said Heider, “I wrote the song from the simple perspective that whether or not those bombings were justified, they were tragic defeats for humanity.”

You can find Kevin Heider’s album The Spark, along with his new EP Us, on iTunes.

To keep up with your favorite artists and to find new music every day, follow Cecilia on Facebook. 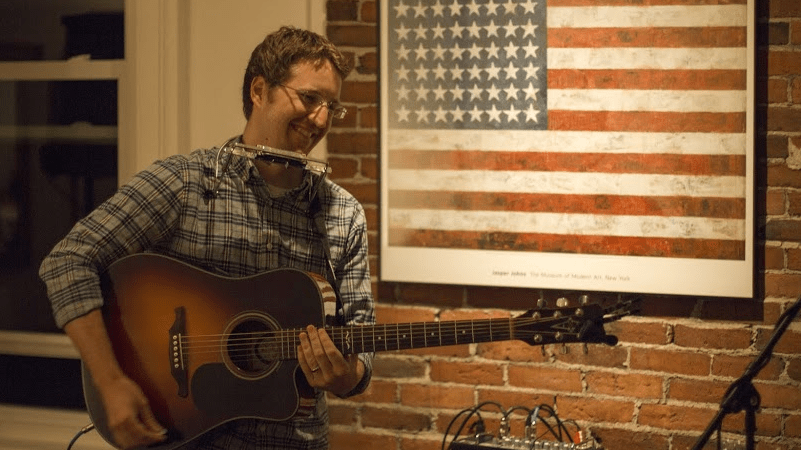