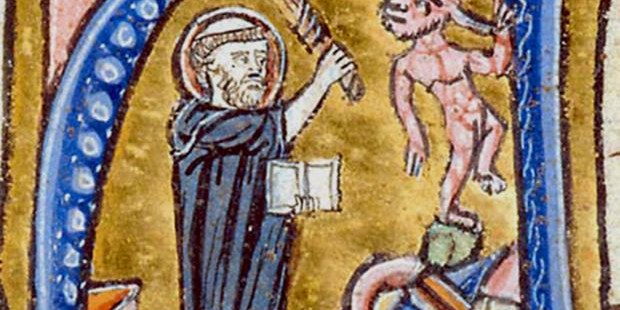 A 6-minute-long YouTube video fleshes out Augustine’s notion of Original Sin. And it is oh-so-pertinent.

Maybe we are a bit too used to what has been widely called “self help” — that is, certain stream of ideas that claim no matter what the issue at hand is, it can be overcome with positive thinking, good vibes, and other the pseudo-spiritual weapons. The whole thing wouldn’t be dangerous if such spiels were not filling people’s hearts with generous amounts of false hope. Interestingly — and tragically — enough, such thinking has already permeated politics, substituting facts for “feelings” and true, doable plans for chimeric promises. Not only in the US, but all around the globe.

But this is not the first time such things have happened. Actually, these discourses seem to be as old as mankind. And Augustine (yes, Saint Augustine of Hippo, Church Father, a.k.a. Doctor Gratiae, “Doctor of Grace”) had a thing or two to say about it. In this short video, shared on YouTube by The School of Life, Augustine’s doctrine of Original Sin, as related to success, failure and politics is explained (that is, at least, provocatively exposed) in just six minutes.