The art of speaking Catholic truth to the secular world 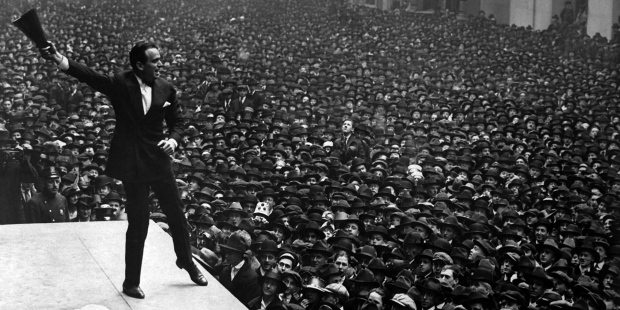 The director of the film Poverty, Inc. talks to Aleteia about communicating in a way that is readily acceptable to general audiences

How often have you had the experience of saying something to little effect, only to watch your spouse or best friend say exactly the same thing in different words to the general agreement and appreciation of the listener? (Or from kids, prompt obedience?)

Filmmaker and researcher Michael Matheson Miller  recently gave an example of how successful communication relies upon the accessibility of your words to your particular audience. Miller is the director of a new documentary called Poverty, Inc., and during a recent interview with Aleteia, Zoe Romanowsky asked him how this film brings something new to the table and how he’s communicating this to audiences. Miller replied:

“One of the things that the Catholic faith has to offer is a very rich, coherent, thoughtful, satisfying vision the human person… Being  able to get this out in a world that is increasingly secularized means you have to go through different channels.

“We weren’t trying to be tricky [with the film]; we were just applying these philosophical insights to questions about economics and poverty and then showing them and explaining them in a manner that’s acceptable to general audiences.

“I was at a film festival where I answered a question during a Q&A about how we’re operating from a place of constricted, reductionist rationality — which I tried to word in an accessible way — and everyone started clapping. All I was doing was paraphrasing Joseph Ratzinger and Benedict XVI’s Regensberg address… and all these people are like Yes, that’s absolutely right. And why? Because it’s true and coherent and its reflective of our experience as human beings.

“I think in one sense that’s one of our great opportunities to be innovative — to re-present fundamental truths about the human being and about society in language that people can say, Oh, I want to think about that; I want to reflect on that; I hadn’t thought about that before.”