The bishops should yell at Joe Biden 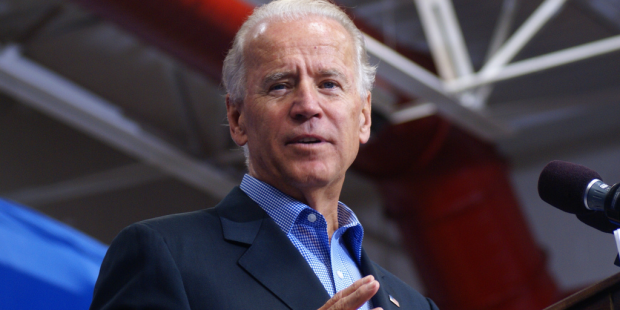 …for his good and the good of their Church

It’s a feel-good story for the mainstream media: amiable Joe Biden, the vice-president of the United States, marrying two young homosexual men. Adding to the thrill and providing the journalistic drama is Biden’s Catholicism, as he defied (amiably) the rules of his Church.

Four days later the president of the bishops’ conference and two other leading American bishops responded. “When a prominent Catholic politician publicly and voluntarily officiates at a ceremony to solemnize the relationship of two people of the same sex,” they said, “confusion arises regarding Catholic teaching on marriage and the corresponding moral obligations of Catholics. What we see is a counter witness, instead of a faithful one founded in the truth.”

They then insisted, invoking Pope Francis, that Catholic politicians must advance the common good and that good included the good of marriage. What Biden endorsed in the most practical way possible the bishops declared an act “Catholics must oppose.”

Good for the bishops. But not, I think, enough. It’s time to name names.

Joe Biden knows the teaching and still in effect said to the world, go ye and do likewise. Which also says, ignore your tradition and the authorities who mediate that tradition to you. It says: If you dissent on another issue — abortion, say, or torture — just do what you want.

A major Catholic politician telling the world that his Church’s moral doctrine is to be disregarded is not giving the bishops a teaching moment. He is asking to be publicly corrected. For his own good, and the good of the Church, the bishops should have named him.

I think our bishops believe that charity and prudence require their not naming public figures who openly dissent from the faith God has given us through the Catholic Church. But the charity and the prudence are not expressed in keeping his name out of it. They are found in what they say about him, and to him, and the naming itself expresses both charity and prudence.

First, there’s the matter of the way we speak to people who have done something wrong. You don’t talk about someone behind his back but look him in the eye and tell him to his face. It is part of letting your yes be yes and your no be no. In his encounters with the Pharisees, Jesus did not say “When certain very religious people . . .”, he spoke to them directly.

Second, and here is where the charity and prudence can most clearly be seen, publicly correcting someone by name uniquely reveals the nature and the danger of the offense. To say “You did wrong, Joe Biden” says something more pressing than “When a prominent Catholic politician.” Don’t underestimate the difference. If the violation is really that bad, people expect the guardians of the city to say something to the violator, and if the guardians don’t rebuke him, the people assume the violation wasn’t that bad.

To say “You did wrong, Joe Biden” tells the man and the rest of the bishops’ flock that what he has done so completely violates the community’s mutual commitments that its shepherds must call him out. It warns him and others that so publicly rejecting the Church’s teaching risks his place in the Church, which the Catholic knows may have eternal consequences. It tells Joe Biden to repent and return and it tells everyone else “Don’t you go and do likewise.”

A statement that begins with an unnamed politician and then goes on to a general statement of Catholic teaching is water off a duck’s back. It says “teaching moment,” not “correction.”

But I don’t think it’s enough anymore. I don’t doubt the heavy prudential burden the bishops carry in deciding what to say when and how strongly to say it, and I understand their caution.

But indirection does not say what now needs to be said. Major public figures declare their Catholicism — and if they’re politicians, take advantage of it — while treating Catholic teaching with insouciance. They reject the  understanding of human dignity the Church insists should guide their work. Doing so has no consequences, not even a public reprimand.

This hurts them, and endangers their eternal souls. It hurts those who look to the Church for guidance. They take from the bishops’ indirection that the teaching can be violated, that it’s more a set of ideals or suggestions than the way to holiness and Heaven.