Listen to The Iliad being recited in the original Greek 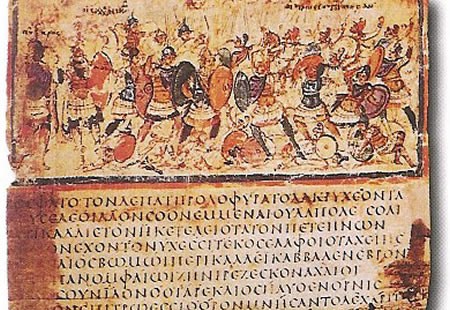 The Iliad, like so many other epic stories and poems of classical and pre-classical antiquity, was originally intended to be read (or recited by heart) aloud.

Several scholars and most classicists assume that the so-called “Homeric epithets” (that is, calling Athena “the destroyer of Giants” or “the bright-eyed,” or nicknaming Odysseus “he of the patient mood,” for example) were a resource that would help the listener to remember who is who in the narration, just as we do nowadays when we refer to someone as “the person with black hair” or “the one with the red beard.”

Dr. Stanley Lombardo, English translator of The Odyssey, The Iliad and The Aeneid, and professor and classicist from the University of Kansas, reads, in this video, lines 62 to 107 of Chapter 23 of The Iliad, corresponding to the funeral of Patroclus and the games Achilles organizes to honor his most beloved (and just deceased) friend.