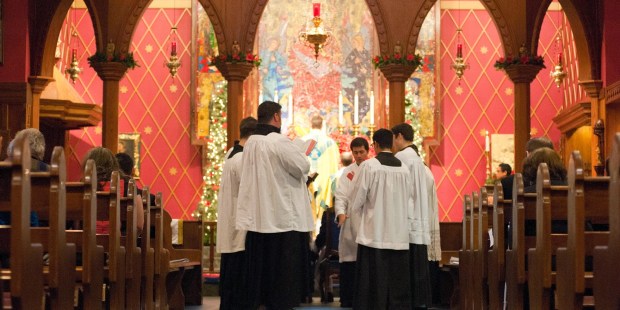 In Part II of Aleteia’s interview with cantor, conductor and composer Dr. Peter Kwasniewski, we discuss the Catholic Church’s teaching on sacred music

NORCIA, ITALY — Why has there been 100 years of papal teaching on sacred music, and what did Vatican II say on the matter that no pope or ecumenical council had ever said before?

In this article, we continue our conversation with Dr. Peter Kwasniewski of Wyoming Catholic College. In Part I, we discussed Dr. Kwasniewski’s background as a church musician, the creative process, and some of his current projects. In this part, we move into the Catholic Church’s teaching on sacred music.

Dr. Kwasniewski, although the Church has, over the centuries, legislated about church music, people tend to see Pope St. Pius X as the one who inaugurated the modern Magisterium on the subject. Why was he the one who paid so much attention to it?

When he was a bishop, Giuseppe Sarto, the future Pope Pius X, heard a lot of crummy music in church. In the late 19th century, the problem wasn’t the sacro-pop or pseudo-folk music we have today; it was the rage for Italian opera, a sentimental, theatrical, emotional genre—very distracting for worship. Sarto recognized its ecclesiastical adaptations as second-rate entertainment music rather than first-rate sacred music. So one of the first things he did when he ascended the papal throne in 1903 was to issue the motu proprio Tra le Sollecitudini on the restoration of authentic sacred music. This document reflects Pius X’s deep love of the Church’s liturgy and his ardent desire, as a pastor, to restore it to the full splendor, nobility, and sacredness that should belong to its celebration. He knew that the first and most important place to begin was with the music. He demanded that everyone return to the purity and the simplicity and the beauty of Gregorian Chant. While his appeal didn’t meet with acceptance everywhere, it did create a huge movement in favor of Gregorian chant, including all sorts of programs for schoolchildren around the world. As a result, chant was employed much more between 1903 and the Second Vatican Council, and generally with a better sound, than had been the case for a couple of centuries prior.

Yes, absolutely. After Pius X, Pius XI issued an important document called Divini Cultus, where he repeated the same principles and urged the Christian people to sing the chants that belong to them, especially the Ordinary of the Mass. Then you have Pius XII who wrote several times about sacred music, for example, in the encyclicals Mediator Dei and Musicae Sacrae. So we have much from Pius XII that enunciates the same teaching. Pope John Paul II, who had such a long pontificate, touched on music many times. (I wrote an article summarizing his teaching: “John Paul II on Sacred Music.”) Probably his main contribution was the chirograph on the centenary of Tra le Sollecitudine in 2003. Finally, Benedict XVI is the pope who, of all popes in history, has the most detailed and the most profound teaching about Church music—one thinks of such texts as the post-synodal apostolic exhortation Sacramentum Caritatis, his books The Spirit of the Liturgy and A New Song for the Lord, and so much else. All of these are immensely worth our time, since they do so much more than declaim rules or traditions; they offer a thorough explanation of the rationale behind the Church’s teaching.

Can you give us that rationale, in a nutshell?