The day St. Junípero Serra went to a museum in Connecticut 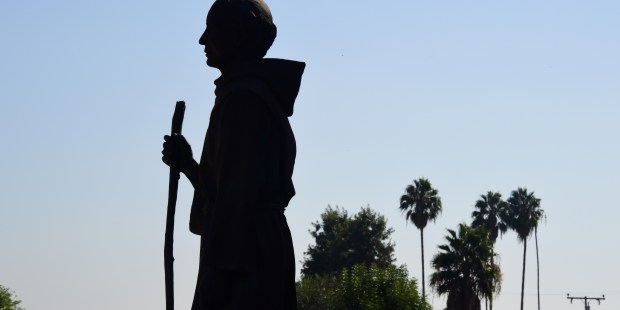 “Mission of Faith,” an exhibition on the coming of the Gospel to America now on display at the museum of the Knights of Columbus, hosts a relic of the Franciscan missionary

From the early days of humble, wooden framed thatched houses in New England and adobe buildings in the American Southwest, missions are part of an eventful chapter in the history of the United States: that of the arrival of the Europeans into the “New World.” The arrival of Columbus to the Caribbean and the Americas was just the beginning of a longer process that would eventually and partially end in the 18th century, with the birth of most of the nations we know today in North, Central and South America.

That process, as is well known, shaped the spiritual, political, social and cultural values not only of the then-emerging European colonies in the Americas, but also of the nations that were created after the continental independence wars. During that process, Catholic missionaries, men and women from different orders and congregations as well as from different countries (Spain, France and England mainly), also arrived in the Americas. They spread the Gospel and ministered to the many spiritual and physical needs of both natives and settlers, establishing not only missions and parishes, but also schools and hospitals.

The Museum of the Knights of Columbus, in New Haven, Connecticut, is hosting an exhibition (until September 16) which documents the footsteps of those missionaries and features their contributions to the exploration, evangelization and building of North America. The exhibition surveys the history of missionary activity and pays homage to its protagonists, including the recently canonized Saint Kateri Tekakwitha and Saint Junípero Serra. Two relics of the Franciscan saint are included in the exhibition!

To schedule a group tour, feel free to email museum@kofc.org. For more information on both the Museum of the Knights of Columbus or the exhibition itself, click here.