This song is an inspiration for all the “normal” Catholics

"Down to the Jordan"

The true life stories of Christian heroes resemble our own experience: They fought and won. They fought and lost. And then, repentant, they returned to the fray. – St. Josemaría

Find a free download of Sylvester Band’s song “Down to the Jordan” at the bottom of the article.

Growing up my heroes were the saints. I can even remember collecting and trading holy cards with my brothers like they were baseball cards. “I’ll trade you a Patrick and a Joseph for a St. Rose of Lima.” I loved the stories of those who underwent dramatic conversions. I also enjoyed those of the saints who seem to have emerged from the womb with a holy glow around them, talking and playing with Jesus and the saints as young children.

As life went on, though, these saints became less relatable. I didn’t seem to fit into one of the two categories: the holy-from-birth and the pagan-turned-saint who never looked back. What about the rest of us? Those who received the sacraments, a good formation, and yet, sometimes (or oftentimes) miss the mark. We fall short. The world lures us in.

And it’s even worse this time

Because now I know I’m missing out

On that sweet Cana wine

So goes the second verse of Sylvester Band’s “Down to the Jordan.” And that’s why I love this song (that and it’s just really good music). It’s my story. And I think it’s the story of a lot of Christians out there. We fall, but what’s worse, we know what we’re missing out on when we do so. It wasn’t out of ignorance that we got to where we are.

I’m done with lying to myself

And I know the fault is mine

Well I want to get washed in the water

And leave my sin behind

And there’s the good news: confession. Again and again if that’s what it takes (and it will). “I wrote that song as a poetic description of that moment in the process of conversion (or re-conversion) when you realize you need to come back to the Church,” says band frontman Stephen Sylvester. “The imagery of getting washed in the Jordan represents going to confession or baptism, and the verses describe the turning point in someone’s life when they realize they want to be holy but need help. It’s both a personal reflection on my own journey of faith, and a portrayal of a place many people find themselves in at some point in seeking holiness.”

As an adult now, with a bit more of the ups and downs of life behind me, I appreciate the words St. Josemaría, “I have never liked biographies of saints which naively – but also with a lack of sound doctrine – present their deeds as if they had been confirmed in grace from birth. No. The true life stories of Christian heroes resemble our own experience: they fought and won; they fought and lost. And then, repentant, they returned to the fray” (Interior Struggle, 76).

So this song goes out to all the “normal” Catholics out there who find themselves struggling and falling. A little inspiration to get up and head back “down to the Jordan,” again, and again, and again.

If you haven’t done so already – download Cecilia’s free exclusive album made in honor of World Youth Day, which includes the song “Down to the Jordan,” among many others. Download here.

For more on the Sylvester Band, head over to their website. And to download their Down the Jordan EP, you can find them on iTunes. 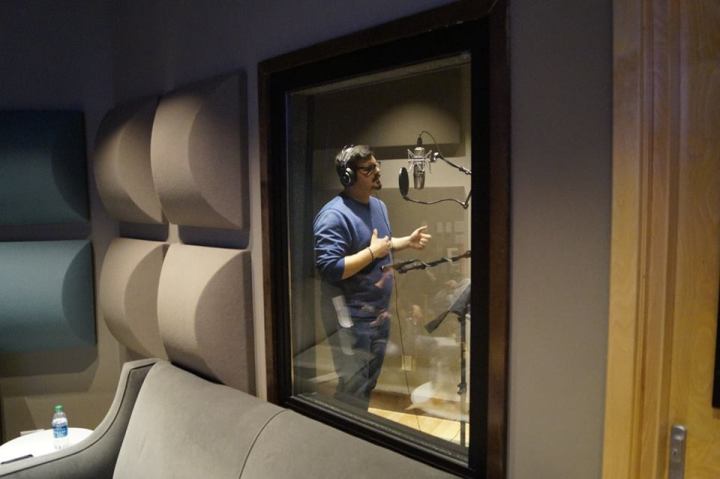