The Alt-Right and the Catholic moment 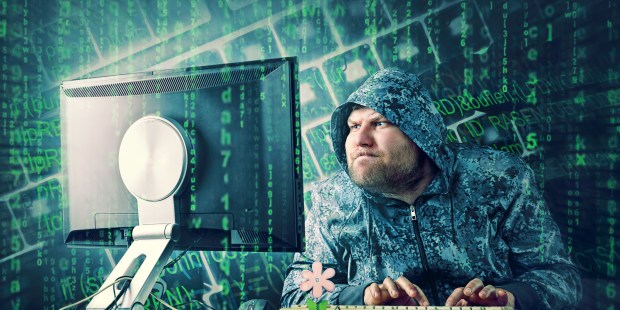 The first messages came praising the “human biodiversity” movement, which sounded kind of impressive but by which the writers meant pseudo-scientific racism. They had found my email address and decided for reasons I’d really like to know that I might want their mailings.

This happened several years ago and since then the “Alt-Right” has become gradually more famous, especially now that Hillary Clinton attacked them as a way of attacking Donald Trump. It’s got more names now, like “Identitarian,” meaning that it favors racial separation, with the usually but not always unstated assumption of white superiority.

To be fair, sometimes its writers put their arguments more positively. They don’t just favor white western civilization, for example, but claim to admire other civilizations and want them to survive as they are, unmixed with others (like ours).

Not surprisingly, the Alt-Right favors legal abortion, because — I am not making this up — it kills the poor and non-white. The pro-life movement is “dysgenic.” A recent article on “The Pro-Life Temptation” on one of the major Alt-Right websites explained:

[T]he pro-life agenda would give us the worst of all worlds. Those whom we want to have children would continue to find a way to do what they wanted, while the birth rates among the worst members of society would explode. Childbearing among better classes would probably decrease even further under the strain of the inevitable increases in crime and redistributive policies that would follow.

Who the Alt-Right is and how many of them there really are and whether they form a real movement are all good questions. I think it’s small, diffuse (lots of single young men at their computers in their mother’s basements, getting angry on the internet), following diverse influences (though Nietzsche of course is very big), and formed by shared impulses and resentments rather than shared action. It’s not yet electorally influential.

Why should Catholics care? You can’t react to every ideological cesspool you see. The movement epitomizes and focuses the politics that the secularist idea of freedom descends into, when it’s unrestrained by any transcendent belief in human dignity.

Some people won’t go there because they’re restrained by basic human moral instincts, by “decency,” as Orwell liked to put it. But others will, especially when doing so advances their self-interest.

The Alt-Right’s arguments aren’t even new, and aren’t just right-wing arguments, Peter Wolfgang of the Family Institute of Connecticut noted in a Facebook post. Twenty years ago the liberal magazine The New Republic ran a cover article titled “The Conservative Case for Abortion,” offering pretty much the same arguments as the Alt-Right website. Few in their circles objected.

More recently the book Freakonomics argued that legalized abortion brought the decline in crime in the nineties. The authors argued, in Peter’s summary, that “the criminals who might otherwise have raped or murdered you were, fortunately, aborted in their mothers’ wombs before they could do so.”

In the same way, many on the right have promoted parts of what is now the Alt-Right agenda, including many libertarians and every disciple of Ayn Rand. You can find it even in more establishment conservatives. A few years ago John Derbyshire, a contributing editor to National Review, the flagship magazine of American conservatism, wrote in another magazine about pro-lifers: “How inhuman they seem! What a frigid and pitiless dogma they preach!”

Derbyshire went on to describe them (or rather, us) as “just another manifestation of the intellectual pathology, the hypertrophied and academical egalitarianism, the victimological scab-picking, the gaseous sentimentality, that has afflicted our civilization for the last forty years … just another bunch of schoolmarms trying to boss us around and diminish our liberties.” He kept his job at NR, though he was fired a few years later for racist comments.

Belief in human dignity is not reliably defended by either the establishment left or right. When either does defend it, the defense is partial and ideologically loaded — both act on their own version of social Darwinism, letting their disfavored groups (the chronically poor, the unborn, poor white rural Christians) go to the wall. They both offer utilitarian and teleological reasons (rationalizations) for doing so. Both sometimes forget or ignore the inherent human dignity of the person in front of them.

That is the truth the Catholic Church seems almost uniquely to possess, consistently and in its fullness. It’s the truth Catholics in the public square must proclaim. The Alt-Right’s rise to public notice reminds us how important that truth is to human happiness, solidarity, and justice. It’s a Catholic moment.