The imperfect way to perfection 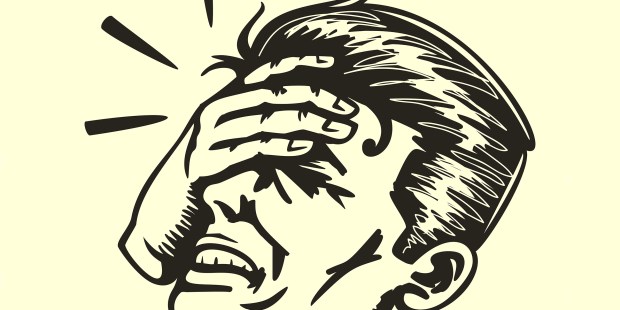 A phrase attributed to Voltaire goes “Don’t let the perfect be the enemy of the good.” Chesterton meant something similar when he reminded us that “If a thing is worth doing, it is worth doing badly.” It’s what I needed to hear this week. The two phrases brought to my mind the thousands of times that I gave up pursuing some good, great or small, upon realizing that my attempt would be imperfect at best.

I gave up playing the guitar when it became clear to me that I’d never be an excellent guitarist, abandoning a good thing because it wasn’t a perfect thing.

I used to pray the rosary more, but the exhaustion that’s part of this season of my life has gotten in the way of anything resembling actual meditation on the mysteries. So I decided that since I couldn’t pray the rosary perfectly, I would stop saying it altogether.

A woman I know and admire had received tragic news, but I couldn’t think of anything to say that would be exactly right, so I didn’t say anything.

I habitually duck out of discussions when I am not sure I can articulate my ideas as well as I feel they deserve. Because I can’t speak perfectly, I choose not to articulate the good that I do know.

Each of those things was worth doing, even with an imperfect result, but instead, I set the perfect at odds with the good, and took an all-or-nothing approach. I chose to see the good as less valuable, or not valuable at all, because it wasn’t as good as it should or could have been.

I know why I do this, too. I’m terrified of the idea of perfection. It seems so unattainable. Sometimes, after a strong cup of coffee, or an unexpected success, perfection seems like it’s right around the corner. When reality subsequently sets in, suddenly perfection looks so far off that I think I might as well not even try.

But Christ charged us, so directly and clearly, to “Be perfect, just as your heavenly Father is perfect.” He calls us, not just to be good people who try hard, but to be perfect like God himself. This is what terrifies me. It is too high a calling for so small a person. What was He thinking, expecting perfection from someone like me?

Christ said,“With man this is impossible.” That’s been clear from the start. But He goes on to say that “with God all things are possible.” (Mt 19:26)” If I’m going to keep trying for perfection without despairing, I have to remember this key point—I’m not on my own.

The single biggest roadblock to becoming perfect is to act like perfection is a task I will be able to achieve on my own. No matter how much I want to, I can’t meditate on the mysteries of the rosary perfectly. That doesn’t mean I shouldn’t say them.

This is why I have to bear in mind the huge difference between holding myself up to a standard of perfection (which is really just setting myself up for failure) and trying, daily, to be more like the Father, giving him the little scraps of goodness that I can, though they are far less perfect than even I know, and letting Him do the impossible, as He walks me down the long, slow, painful process of perfection.

The perfect is built on the good, not opposed to it. If I’m ever like my Heavenly Father, it will be in Heaven, and not sooner. Until then, all I am capable of is doing good things badly, knowing full well how imperfect my attempts are. I’ll say my imperfect prayers, and make my imperfect acts of contrition, and live my life imperfectly, but if I refuse to give up on the good, no matter how small or imperfect it may be, then maybe I am giving God something that He can eventually make perfect.

[Editor’s Note: Take the Poll – Are you slothful?]