If Christ is present in the poor, then the heart of Christ must be in Calcutta.

You can’t escape the suffering and hardship that seethes in the streets amid the dust, noise and smog of the city.

When I set off on this journey to seek Mother Teresa, to really understand her faith, one of my initial questions was, why Calcutta? Now that I’m here, that question has been answered.

When she arrived here in the late 1920s she taught and administered at the St. Teresa School as a novice with the Sisters of Loreto — it was her first exposure to the extreme poverty that endures here today. When she received her “call within a call,” she departed, only to return to St. Teresa’s to start her first “slum school.” This is also where she began her first dispensary, on a staircase.

Dignity. What is dignity? Well, according to the world’s standards, it’s based on your position in society, your looks, your car or your bank account. But the reality is that real dignity comes from the very fact that God saw fit to breathe life into your lungs and fashion your soul. There is no greater dignity than that.

Mother Teresa knew that of course, and she translated her knowledge into deeds — starting with the respect she showed the poor, the terminally ill, the unborn and the outcast. She knew that each of these deserve the honor that is due all human beings, as we are all God’s children.

What I find interesting is the people that God chooses to teach us these things — it’s interesting but perhaps not surprising. Think about it, a little woman from Macedonia, by saying yes to God, brought a torrent of grace, love and mercy, not only to Calcutta or Africa or the Bronx, but to the entire world. Just one person.

So what is it that she had that made this possible? I think it’s simply that she said “Yes” to Christ’s will.

“Our Lord wants me to be a free nun covered with the poverty of the cross. Today, I learned a good lesson. The poverty of the poor must be so hard for them. While looking for a home I walked and walked till my arms and legs ached. I thought how much they must ache in body and soul, looking for a home, food and health. Then, the comfort of Loreto [her former congregation] came to tempt me. ‘You have only to say the word and all that will be yours again,’ the Tempter kept on saying … Of free choice, my God, and out of love for you, I desire to remain and do whatever be your Holy will in my regard. I did not let a single tear come.”

Mother Teresa abandoned herself and her comfort zone to serve the very Heart of Christ. What would happen if we all were to do that, I wonder …

From the beginning of this journey, I have been seeking to understand how we know what God’s will is for us. I learned that being close to him is the first step. Today I’ve learned that when we get to the point that we hear him, we need to have the faith and courage to accept his will for us. I mean, look what it brings!

Earlier this year I had the privilege of covering the funeral of Mother Angelica. If you think about it, there are a few parallels in the lives of these two nuns: They both strove to know God, they both abandoned their wills to embrace God’s will, they both lacked the skills they needed to take on the challenge, they both had no money when they started; … they both were short. (Not to say that tall people can’t be saints; we might just have to try a little harder!)

So as the day approaches that Blessed Mother Teresa will be declared a saint, let’s take a few minutes to think about what we can do to get closer to Christ, to hear his heart … and pray for the grace to say “Yes” to his will. Who knows? You might be the next one to change the world.

God calls each and every one of us to be a saint … don’t you think it’s time to get started? 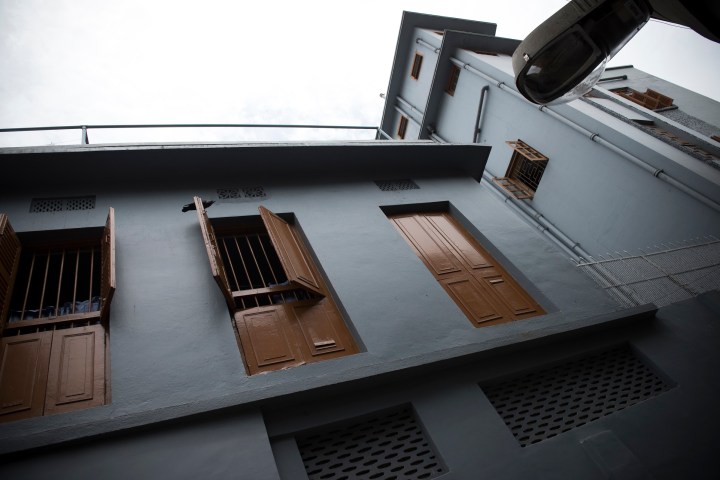