KOLKATA, INDIA 4 SEPT: Images from the Canonization of Saint Mother Teresa at the Motherhouse in Calcutta, India.

Missionaries of Charity in Calcutta — where Mother Teresa first heard her call to help the poorest of the poor — joyfully celebrated today the canonization of their founder.

As the Pope in Rome officially declared Mother Teresa a canonized saint, her sisters in India celebrated with volunteers, children and other devotees of the tireless nun who brought the attention of the world to the plight of the poor.

“Following Jesus is a serious task, and, at the same time, one filled with joy; it takes a certain daring and courage to recognize the divine Master in the poorest of the poor and to give oneself in their service,” the Holy Father said in his homily.

Here are some images of Mother Teresa’s canonization event from the Missionaries of Charity’s Mother House. 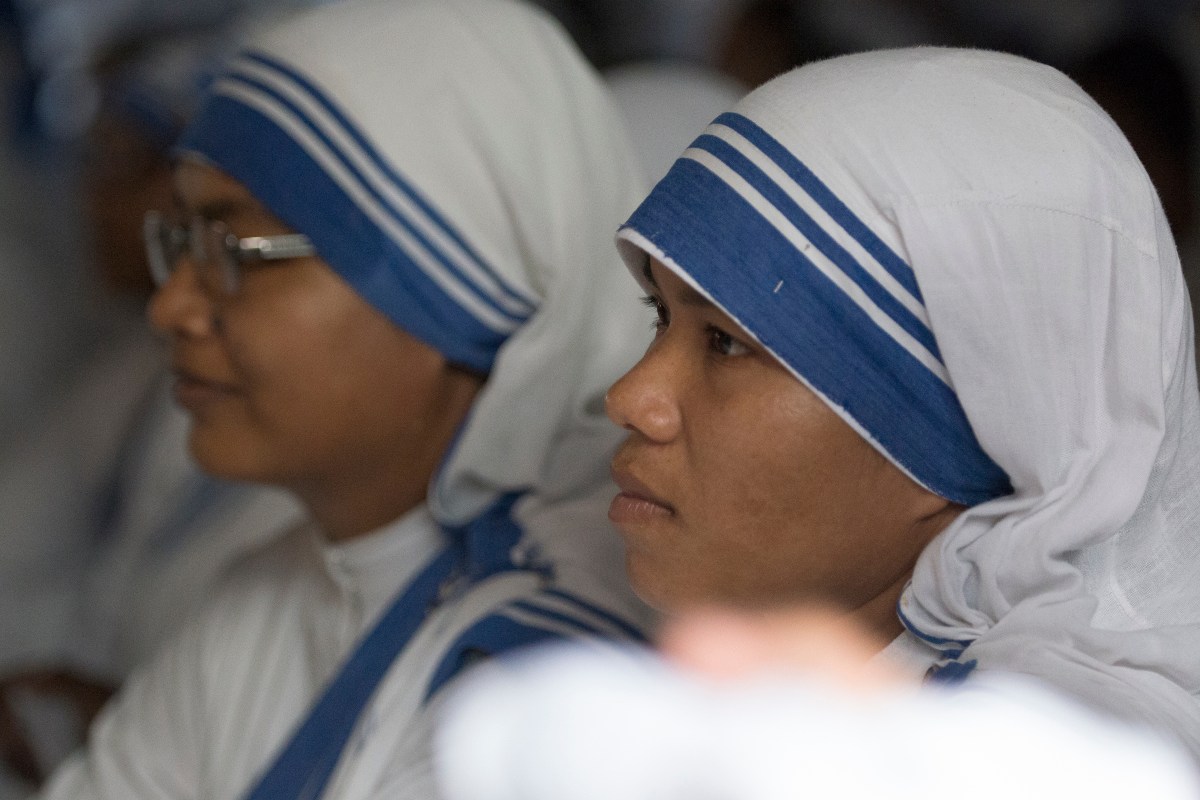