Praying the Jesus Prayer: Mercy with every breath 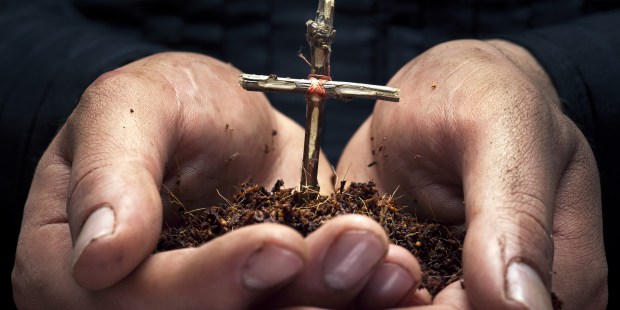 How a simple, timeless petition lets us truly “pray without ceasing”

37) Learn the Jesus Prayer and use it. —56 Ways to Be Merciful During the Jubilee Year of Mercy, Aleteia

Growing up Catholic, I had never heard of the Jesus Prayer, at least not in the form in which it has been cherished and prayed by Orthodox Christians for centuries. The simplest formula of this brief repetitive petition – “Lord Jesus Christ, Son of God, have mercy on me, a sinner” – was of course vaguely familiar from the Gospel stories it echoes: the cure of the blind man (Mark 10:46-52), the publican’s humble confession in the parable (Luke 18:9-14). It is, in some ways, a more elaborate version of the Kyrie eleison (“Lord, have mercy”), that other litany we inherit from the East. And I was raised on (and have returned to) the practice of silently praying “My Jesus, mercy!” at the elevation of the Chalice at Mass. But there was no Jesus Prayer as such in my childhood missal or prayerbook.

It was my husband, devoted to Byzantine liturgy and spirituality, who first introduced me to the Jesus Prayer. The repetition of this prayer is central to the Eastern Christian contemplative tradition known as Hesychasm (from the Greek for “keeping silence”) or prayer of the heart, as it is often described in the West. Popularized by an anonymous 19th-century Russian spiritual classic, The Way of the Pilgrim, the Jesus Prayer is associated with the kind of round-the-clock prayerful contemplation that St. Paul called prayer “without ceasing” (1 Thessalonians 5:17). The prayer is so beloved of Eastern (and now, increasingly, Western) Christians that it is said to be the most frequently recited Christian prayer after the Our Father and the Hail Mary.

The Way of the Pilgrim recounts the journey of a mendicant (religious beggar) across Russia, seeking a way to pray unceasingly. The pilgrim encounters a starets (the Byzantine equivalent of a spiritual director), who teaches him the Jesus Prayer and instructs him in a form of repetitive practice that will help him move from praying the words aloud to praying them silently to, eventually, having his whole being become the prayer.

Although some commentaries compare this practice to the Hindu or Buddhist chanting of a mantra, there is a critical difference. Non-Christian meditation seeks to empty the mind and erase consciousness of the self. The practice of the Jesus Prayer, on the contrary, is intended to fill the mind, heart, and soul with the merciful presence of Jesus, to contemplate that presence in awe and love, to experience the self in intimate communion with him with every breath, so that even (especially!) for “me, a sinner” the world is suffused with mercy and grace, and all is continuous praise.

A world in need of mercy

Pope Francis knew what he was doing when he called for this Jubilee Year of Mercy – and he also knew, I think, that a call for mercy would be hit with horrific blowback from the world, the flesh, and the Devil who despises mercy above all. I find it hard to remember a time in the Church or around the country or on the planet when mercy was so needed and so besieged on every front. Unceasing prayer has become the bare minimum necessary to navigate this darkness holding fast to our tiny, flickering candles of grace. So this week’s suggestion for practicing mercy in the Jubilee Year – Learn the Jesus Prayer and use it – couldn’t be more helpful.

I have prayed the Jesus Prayer with varying regularity since learning it more than four decades ago. It is back again in my daily recitation. If you want to incorporate it into your prayer life, or renew your acquaintance with it, here are some suggestions. There is no “wrong” way to pray the Jesus Prayer, except to use it as a New Age magic incantation or mantra, so experiment to find what works for you.

Time the prayer to your breathing. This is also a Byzantine Christian practice when praying the Jesus Prayer silently. Pray “Lord Jesus Christ, Son of God” slowly as you inhale, and “have mercy on me, a sinner” slowly as you exhale. I find this practice very helpful when dealing with fear, anxiety, grief, or sleeplessness – all too common for many of us.

Focus on the words as you contemplate their meaning. “Lord” acknowledges our submission to God’s will and belief in his providence. “Jesus Christ” – the name above all names – is a powerful prayer that contains all prayer. “Son of God” is the title that places us within the saving communion of the Trinity. “Have mercy” pleads with the savior to let fall the healing, comforting, shower of his forgiveness, love, and grace. “On me” is a personal prayer for my life to be transformed, so that I may be merciful to others. “A sinner” – the earliest form of the prayer ended with “on me,” but the addition acknowledges that I fall short, that I contribute to the world’s lack of mercy, and that God’s grace is utterly unearned. This kind of contemplation truly becomes prayer of the heart, as the whole message of salvation is contained in these few words.

Visit this page for more on the Jesus Prayer as practiced by Orthodox Christians.