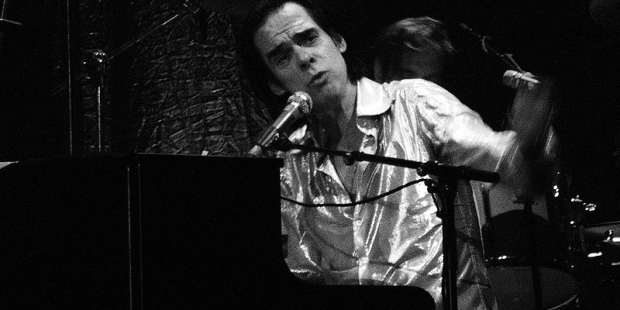 With his first album released since the tragic death of his son, the musician focuses on the everlasting

In an introduction to Mark’s Gospel he penned in 1998, Australian alt rocker Nick Cave recalls how his attraction to Biblical imagery started with the bloody, vengeful stories of the Old Testament. “I had a burgeoning interest in violent literature, coupled with an unnamed sense of the divinity in things and, in my early twenties, the Old Testament spoke to that part of me that railed and hissed and spat at the world,” Cave wrote. “It was a wonderful, terrible book, and it was sacred scripture.”

But the storms of divine wrath whipped up in early tracks like “City of Refuge” was undone when an Anglican vicar recommended Cave read the Gospel of Mark instead. He was skeptical – images of an “etiolated” figure worshiped in “decaf” choir services came to mind – but the experience changed him. “Here, I am reminded of that picture of Christ, painted by Holman Hunt, where He appears, robed and handsome, a lantern in His hand, knocking on a door: the door to our hearts, presumably. The light is dim and buttery in the engulfing darkness. Christ came to me in this way, lumen Christi, with a dim light, a sad light, but light enough.”

Cave’s career has been a prolific and multifaceted one. He’s written poems, plays, screenplays (Lawless), lectures, and novels; he’s recorded 16 albums with longtime band The Bad Seeds over the span of 30 years; and he’s even created three powerful scores, for The Proposition, The Assassination of Jesse James, and The Road, with band member Warren Ellis. But the thread linking all of his work is a fascination with “the mercy seat” of God.

That fascination takes on a new kind of urgency in “Jesus Alone,” the largely spoken-word single off of his new album Skeleton Tree (out today). The video comes from a ponderous looking black-and-white documentary directed by Andrew Dominik (Jesse James) called One More Time with Feeling. It’s also the first music Cave has released since the tragic death of his 15-year-old son, Arthur, who fell from a cliff after ingesting LSD and becoming “completely disoriented” last summer.

The abstract, ambient loop behind him is built from a low grind and gentle cymbal, both punctuated with a high whistle that sounds like some lonely animal’s call. “You fell from the sky,” Cave opens, “crash landed in a field near the River Adur.” Some ambiguous lyrics follow – an almost delusional scene is set with flowers, lambs, and a mermaid – but it’s clear that this song is a confrontation with the death of his son. Then the chilling chorus hits: “With my voice, I am calling you.”

Like a lot of Cave’s songs, we won’t easily walk away with any single interpretation, but that feels like an appropriate way to broach this dark subject. “Jesus Alone” is a song about grief and loneliness, but also the sense of confusion that accompanies them.

That’s nothing new in music. But for Cave, there’s more to be said. His focus is set on something everlasting: the connections between him, his son, the lost sheep of the world, their shepherd who follows them into estrangement, and the creator. That pierces the song with a light of hope – a dim light, a sad light, but light enough.

Like everything Nick Cave creates, it’s nothing if not unforgettable.