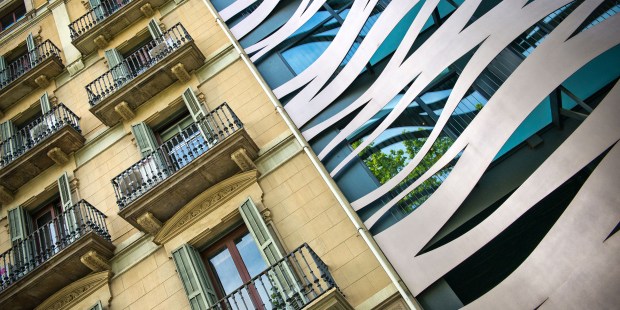 Tod Worner delves into G.K. Chesterton in this, the latest in the “Lights in the Darkness” series

And if I may be so bold, I think we all are.

After all, we live in an arrogant time. For some reason, there is a tendency for each succeeding generation to feel that since we are “modern,” “the latest,” or “the most up to date,” we are (naturally) not only wise, but correct. New is always followed by improved. Cutting edge is always an indictment of that which is “old.” That which is traditional is considered fusty, restraining and simply annoying. C.S. Lewis called this attitude “chronological snobbery, the uncritical acceptance of the intellectual climate common to our own age and the assumption that whatever has gone out of date is on that account discredited.”

Now, to be sure, there is validity that antibiotics, indoor plumbing and airplanes are clear improvements upon their respective predecessors of bleeding people, outhouses and weeks aboard a wave-wracked ocean liner. But some bright minds have curiously gone further to make a most credulous leap. They believe that given our scientific and technological advancements, it must logically follow that “modern values” are, likewise, improvements on the virtues of old and the traditions which support them. Consequently, it is reasoned, we should feel free (nay, we are required) to uproot these silly traditions, even disdain them, in the name of being wise, modern and progressive.

But G.K. Chesterton demurred. The brilliant British thinker and Catholic convert encountered this same reasoning one hundred years ago from the glittering intelligentsia of his era. The entrancing arguments of George Bernard Shaw and H.G. Wells drew many adherents into a proud fold eager to scoff at the wisdom, virtues and traditions of old.

But Chesterton was unimpressed. He found it striking that so many thoughtful people could be thoughtless about the Truths that lay clearly before their eyes. Why should there be such strange and passionate exaltation of progress? Instead of honoring that which is most recent, doesn’t one first need to recognize what Truth is, irrespective of its age, and then use it as the standard toward which we progress? Chesterton once quipped,

My attitude toward progress has passed from antagonism to boredom. I have long ceased to argue with people who prefer Thursday to Wednesday because it is Thursday.

And why should there be such feverish attacks on Tradition? Simply because it is old? No, the fervor with which Tradition is assailed seems to go well beyond the fact that it has been around for a long time. Perhaps there is an element of what Lewis described as mindless chronological snobbery. But, even more, it may be that Tradition’s tenacity and endurance is threatening in its authority, unnerving in its legitimacy, troubling in its – shall I say – Truth?

There exists in such a case a certain institution or law; let us say, for the sake of simplicity, a fence or gate erected across a road. The more modern type of reformer goes gaily up to it and says, “I don’t see the use of this; let us clear it away.” To which the more intelligent type of reformer will do well to answer: “If you don’t see the use of it, I certainly won’t let you clear it away. Go away and think. Then, when you can come back and tell me that you do see the use of it, I may allow you to destroy it.”

This paradox rests on the most elementary common sense. The gate or fence did not grow there. It was not set up by somnambulists who built it in their sleep. It is highly improbable that it was put there by escaped lunatics who were for some reason loose in the street. Some person had some reason for thinking it would be a good thing for somebody. And until we know what the reason was, we really cannot judge whether the reason was reasonable. It is extremely probable that we have overlooked some whole aspect of the question, if something set up by human beings like ourselves seems to be entirely meaningless and mysterious. There are reformers who get over this difficulty by assuming that all their fathers were fools; but if that be so, we can only say that folly appears to be a hereditary disease. But the truth is that nobody has any business to destroy a social institution until he has really seen it as a historical institution. If he knows how it arose, and what purposes it was supposed to serve, he may really be able to say that they were bad purposes, or that they have since become bad purposes, or that they are purposes which are no longer served. But if he simply stares at the thing as a senseless monstrosity that has somehow sprung up in his path, it is he and not the traditionalist who is suffering from an illusion. We might even say that he is seeing things in a nightmare.

We have achieved extraordinary things in the modern world. Without question. But that is, in part, because we stand upon the shoulders of giants. We are better because of Tradition. T.S. Eliot once wisely noted, “Someone said: ‘The dead writers are remote from us because we know so much more than they did.’ Precisely, and they are that which we know.”

What’s my problem with Tradition?

To read further works on G.K. Chesterton, check out Orthodoxy and The Thing.