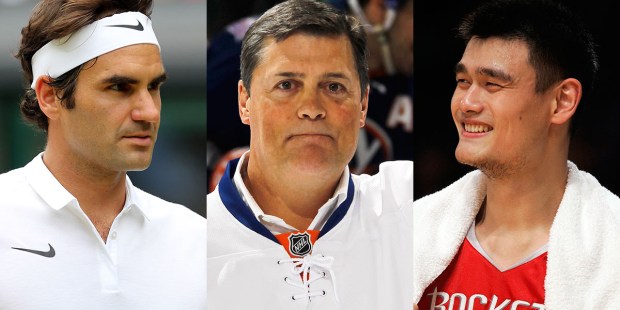 With the support and encouragement of Pope Francis, Pontifical Council for Culture President Cardinal Gianfranco Ravasi has invited 150 athletes and sports executives to participate in the first ever “Global Conference on Faith and Sport” to be held October 5-7 in the Synod Hall at the Vatican.

The title of the conference is “Sport at the Service of Humanity” with the purpose “To unite people from every faith, nationality and culture through sport, in a common goal: To help the ones who need it most, especially the marginalized and the disadvantaged, and to encourage everyone to develop their life skills, character, values, and enjoyment of life itself, through sport.”

The organizers of the event also approved a “Declaration of Principles,” such as compassion, respect, and love, in hopes that it will inspire others to build up a healthy sports culture that is not distorted by money or other outside influences.

The United Nations and the International Olympic Committee have expressed their support for the conference. His Holiness Pope Francis will lead the opening ceremony on Wednesday, October 5 at the Paul VI Audience Hall, with UN Secretary General Ban Ki-Moon and IOC President Thomas Bach.

LaFontaine spoke with The Buffalo News about the invitation, saying, “It’s a tremendous honor…I’m excited to be a part of this summit and conference that they’re having at the Vatican on sports and faith and service for humanity. I think it’s going to be a tremendous opportunity to sit down with all different faiths and delegations from different sports and talk about the impact that sports has and faith has. It’s a once in a lifetime opportunity.”

Cardinal Ravasi commented on the event, explaining its importance: “It will be an occasion to come together to face up to the great challenges of contemporary society, which are shared interests for the world’s sporting and religious communities: how to live with respect for all, with increased understanding of each other’s traditions and values, fuller and healthier lives, more integrated communities. Sport is also of such fundamental importance for education, allowing young people especially to open up to the trials of life, putting themselves to the test, crossing boundaries, meeting opponents on a fair playing field while striving to be the best they can be, in some sense aiming for the Transcendent.”

It is no surprise that Pope Francis is supportive of this endeavor, as he does not hide his lifelong love of soccer, keeping his enrollment in the San Lorenzo Soccer Club even as Pope. Most recently he expressed his desire, through the monthly intentions of the Pope’s Worldwide Prayer Network in August, “That sports may be an opportunity for friendly encounters between peoples and may contribute to peace in the world.”

Connected with the event is the founding of the Humanity Sports Club, an organization “that brings together people from all walks of life. And whether you’re playing, supporting or coaching, we believe this shared love of sport can help change the game and have a positive impact both on and off the sports field.”

The conference is the first of its kind and hopes to begin a much larger conversation regarding the role of faith in the life of sports and how it can help influence culture in a positive way.