Leonardo Da Vinci designed this invention, but it was never built. Until now. 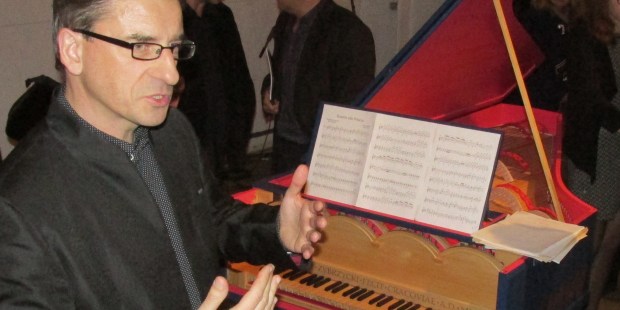 If you could throw a harpsichord, a viola da gamba and an organ into a blender, the result would be the “viola organista”: the musical instrument that Da Vinci had only designed, but never managed to build.

After almost four years of work (specifically, from 2009 to 2012), the Polish luthier, pianist, harpsichordist and composer Slawomir Zubrzycki built the first (and apparently the only one, so far) of these instruments, as reported by Classic FM.

The primary difference between the viola organista and a harpsichord is the way the strings are supposed to emit sounds: in the case of the harpsichord, the strings are hit — one might even say “plucked” — with a small metal spike. The delicacy of the sound of the viola organista is due to the fact that the strings are instead in contact with small wheels covered in horsehair (or felt), somehow mimicking the friction of a conventional violin bow. The sound it makes is, as you can appreciate in the video, quite unique.