What if I can’t afford Catholic school for my kids? 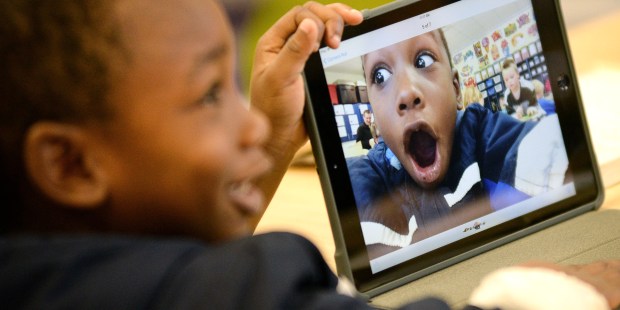 As a Catholic parent I feel like we have a duty to send our kids to Catholic school. Right now both of our kids are not old enough for school but the oldest will be in Pre-K next year. I worry about what to do with their education. My husband and I married out of college so he just has an entry-level IT job and I stay home with our kids. So far we’ve been very blessed but we still struggle with debt. I don’t know how we are ever going to afford Catholic school when the time comes and the idea of sending them to public school is terrifying. Eventually I am going to have to go back to work because my husband doesn’t make enough yet for me to stay at home full time and we both have large college loans. My husband doesn’t think public school will be that bad, especially in elementary school, but I worry about the indoctrination and religious bigotry they’ll face. I don’t like the idea of them going to school where teachers and classmates will ridicule their faith and contradict what we teach at home but I am not sure what alternatives we’ll have. Why does a Catholic education have to be so expensive?

Catholic education is expensive because tuition covers teacher salaries and all the expenses associated with building upkeep. In a different time, classes were taught by nuns but now they are taught by teachers who have children to feed and families to care for just like you.

The reality is that Catholic school education does seem unattainable for many Catholic families. However, each diocese typically offers some sort of tuition assistance to those who qualify. See if you qualify for assistance.

It’s always a good idea to sit down with a financial advisor who can help you budget; they are often aware of new programs to help consolidate debt. They also can help you weigh the costs of child care versus not returning to the outside workforce.

Homeschooling might also be an option. See if your parish has a homeschool group and then contact them. There will be parents there who can certainly offer some suggestions and guidance. Some Catholic parishes also offer a Pre-K and Kindergarten curriculum, so call around. The good news is that you are starting early, which allows for plenty of time to do research. I think you’ll find you actually have several options.

However, even if your children end up in public school it doesn’t necessarily mean they’re going to be attacked for their beliefs or grow up abandoning their faith under peer pressure. Public school isn’t a cesspool of debauchery any more than Catholic school is a panacea for secular influence.

Several years ago a local Catholic high school went through an ordeal when a nun came and gave a talk on Catholic doctrine and the student body lost their minds. Sadly, it became apparent to many that going to a Catholic school doesn’t necessarily guarantee Catholic faith, belief, or practice. On the flip side, my own son goes to public school and enjoys sharing his faith with his non-Catholic friends. He talks about becoming a priest and going to the local seminary after graduation. And he’s never attended a single class in a Catholic school.

The skill of sharing and defending your faith is one our children need to acquire because the chances are high they’ll be defending their faith against ignorance and bigotry all their lives. I’ve experienced anti-Catholic rhetoric in college, at several jobs in the past, and even from my own family.

In that regard, my son’s exposures to a wider range of religious beliefs has given him the opportunity to have many meaningful interactions with his peers that he would have been closed off to in a strictly Catholic environment.

I would just like to leave you with this… If you decide to make the financial sacrifice to send your children to parochial school don’t assume the school will provide all their necessary religious formation. That truly begins (and is best nurtured) within the home. Similarly, don’t expect a parochial school environment to create a protective Catholic bubble from secular influences around your children.

A Catholic education is no guarantee of fidelity. Be vigilant. You and your husband are the best teachers your young children have. Don’t ever surrender that role no matter where you choose to send your kids to school. Faithful Catholic kids start in faithful Catholic families.