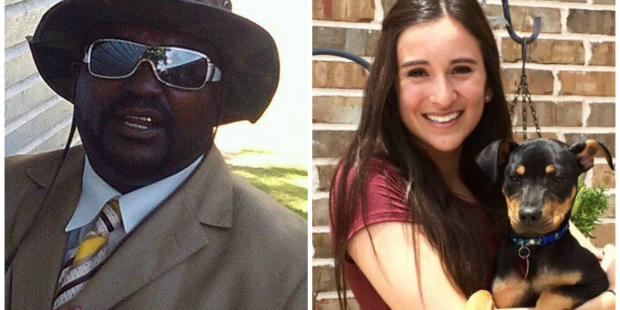 “I am convinced that if you can put yourself in the shoes of a child of color in Tulsa right now, you will have a clearer understanding…”

The Tulsa, Oklahoma police officer who shot and killed the unarmed Terence Crutcher is being charged with manslaughter. At the same time, the city of Charlotte, North Carolina remains tense as investigations continue into the death of Keith LaMont Scott. Amid the tension that exists between trying to support police officers, whose job is dangerous and rough, while also holding them accountable, people wonder: how do we process this and, more importantly, what do we tell our children?

Back in Tulsa, Rebecca Lee has made a good start. A teacher at KIPP Tulsa College Preparatory school, which is attended by Crutcher’s daughter, she posted her heartfelt thoughts about children, police, race — everything the country is concerned about — on her Facebook page, and they deserve to be shared. Read on.

Today at school, our staff decided we needed to press pause and create a space for kids to share their thoughts and feelings in response to the killing of Mr. Crutcher. I was part of facilitating three small group discussions throughout the day: a fifth grade group, a sixth grade group, and a seventh/eighth grade group. I want to share what I experienced with the kids today, because I am convinced that if you can put yourself in the shoes of a child of color in Tulsa right now, you will have a clearer understanding of the crisis we’re facing and why we say black lives matter.
—

1. I look at the wide-eyed faces of the fifth graders surrounding me: 10 and 11 year-olds, waiting to hear what I had to say. I tell them we will read a news article about the shooting together so we can all be informed. As I read, the students busily highlight and underline parts that stand out to them: Fatally shot. Hands raised. “Bad dude.” Motionless. Affected forever. I finish and I ask them, “What are your thoughts?”

They answer with questions. Why did they have to kill him? Why were they afraid of him? Why does [student] have to live life without a father? What will she do at father daughter dances? Who will walk her down the aisle? Why did no one help him after he was shot? Hasn’t this happened before? Can we write her cards? Can we protest?

As the questions roll, so do the tears. Students cry softly as they speak. Others weep openly. I watch 10 year olds pass tissues to each other, to me, to our principal as he joins our circle. One girl closes our group by sharing: “I wish white people could give us a chance. We can all come together and get along. We can all be united.” Let me tell you, these 10 year olds are more articulate about this than I am.

We agree to love one another, to take care of one another. I tell each of them that I am white and I love them and they matter to me.

2. The group of sixth grade girls that surround me are either red-eyed or withdrawn. They sit next to Mr. Crutcher’s daughter in class. They are her friends. Nearly every student has a tissue as we read the article together. When I open the floor for discussion: silence. It hurts to talk about. It hurts to think about. It hurts.

I fight the urge to fill the dead air with my voice. A few quiet words are whispered about sadness and unfairness, but the rest of the time is spent wiping eyes and hugging one another. It becomes clear that no one else is in a place to speak. I give them the space to process silently. Then I tell them, “We have different skin colors. I love you. You matter. You are worthy. You are human. You are valuable.” Shoulders shake harder around the circle. I realize that this is the first time all year I have affirmed my love for them.

The rest of the cafeteria is hushed. The sixth graders are quiet. The tragedy lives and breathes among them. It could have been their father. Boys are scattered across the cafeteria with their heads buried in their shirts. A girl who just moved to Tulsa from New Orleans because her father wanted to “escape the violence” is choked up as she speaks in the group next to mine. When we come back together whole group, one boy is still crying as another rubs his hand on his back soothingly.

3. These students are older– thirteen and fourteen. They are hardened. They are angry. Some students refuse to hold or look at the article. The speak matter-of-factly. One says she feels like punching someone in the nose.

Another student says, “I used to read about this happening and think, oh that’s sad, and then kind of forget about it. But this happened so close to home. It feels real now. I take 36th St N to and from school everyday. It happened right by my house.”

“What made him ‘a big bad dude?'” a boy asks. “Was it his height? His size–” I look at the boys in my circle, all former students of mine. They have grown inches since their first day in my class. Their voices have deepened. Their shoulders broadened. They all nod their heads in agreement at the student’s last guess– “The color of his skin?”

I share this story because I spent the last two years teaching kids that we write to interact with and understand the world, that our voices matter and that our voices deserve to be heard.

I share this story, because while I could never capture the articulate things kids said or the raw emotions students shared today, my privilege requires that I speak. I ask that you read. I ask that you use whatever privilege or platform you have to speak. I ask that you put yourself in the shoes of black and brown children growing up in a world where they see videos of their classmate’s father shot and bleeding in the street.

I ask that you love and love hard.