The beautiful (and exhausting) work of an organist 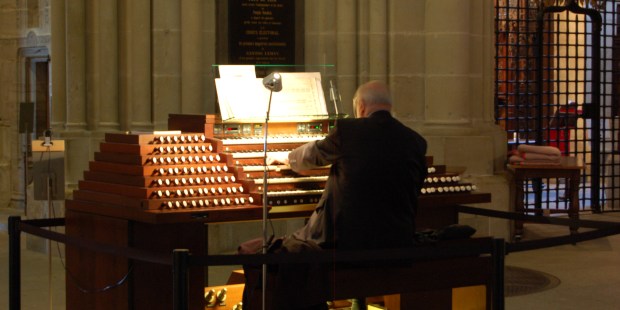 Take a few minutes to enjoy Bach’s Fugue in G minor, as interpreted by Ton Koopman

Maestro Ton Koopman is a virtuoso Dutch conductor, organist, harpsichordist and professor at the Royal Conservatory in The Hague, in the Netherlands, and (also) a world renowned specialist in (you already guessed that one), of course, Baroque music. One of his most ambitious projects was the recording of all Bach’s cantatas (which he finished back in 2005), but besides that, he has recorded so many works that including the full list would make this an incredibly long post. Let us just say some of his records include versions of St. John’s Passion, a Christmas Oratorio, the St. Matthew’s Passion and other classical pieces of the baroque repertoire.

In this exceptional video, we see him playing the Fugue in G Minor by Johann Sebastian Bach, a particularly demanding piece (as you will see).