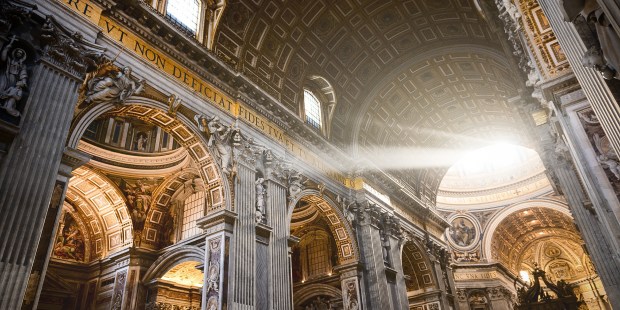 VATICAN CITY — The Holy See has approved new regulations introducing stricter procedures for medical examinations of alleged miracles by the Congregation for the Causes of Saints, the Vatican announced on Friday.

Changes include the need for a qualified majority of medical experts in judging a case, the limiting of the number of re-examinations possible when results are contested, and the issuing of payments for medical services via wire transfer.

The new regulations were approved on August 24, 2016 by the Vatican Secretary of State, Cardinal Pietro Parolin, and were published by papal mandate on Friday, September 23. The text was signed by Cardinal Angelo Amato, Prefect of the Vatican dicastery in charge of beatifications and canonizations.

“In addition to the linguistic and procedural adaptations,” the document introduces “some new elements,” Archbishop Marcello Bertolucci, Secretary of the Congregation for the Causes of Saints, explained in a statement issued by the Vatican Press Office.

The changes include a provision stipulating that “the case may proceed ad ulteriora if the conclusions of the meeting of the Medical Board are approved by a qualified majority of at least five experts out of seven, or of four experts ouf of six.”

In the past, the decision was made on the basis of a simple majority, but in practice, the qualified majority was already adopted under Pope Benedict XVI.

Another change is that “a case cannot be re-examined more than three times,” as had been the case in the past.

In addition, “a new commission composed of new members is required for the re-examination of a reported miracle,” whereas in the past, the same commission would re-examine the same case which had previously been rejected or left pending. And the president of such commission “is appointed to a five-year term and may be confirmed only once.”

The document also stipulates that “the medical experts, postulators, and those involved are bound to secrecy regarding everything concerning the presumed miracle being examined, especially if the recipient of the miracle is a minor.”

Finally, in the past payments could be made directly, in person, where as now “experts shall only receive payments via wire transfer.” According to the city of Rome’s list of rates, for example, the two experts who are required to carry out the preliminary examination are due a payment of 500 euros each, while the seven members of the medical commission are due a total of 3,760 euros.

“The miracle required for the beatification of the Venerable Servants of God and the Canonization of blesseds has always been subject to the strictest examination procedures,” the new regulations states.

Recourse to medical experts for the examination of miracles dates back to medieval times.

In 1743, Benedict XIV created the first register. More recently, on October 20, 1948 Pope Pius XII established a Medical Commission at the the Congregation of Sacred Rites, to which he added a special Medical Council in December of the same year.

On July 10, 1959, Pope John XXIII unified these two bodies into a Medical Board and approved its regulations. In the light of new needs, and according to the Apostolic Constitution Sacra Rituum Congregati, on May 8, 1969, a further revision of norms was issued and was approved on April 23, 1976 by Pope Paul VI.

The promulgation of the Apostolic Constitution Divinus Perfectionis Magister (which established new norms for the process of the causes of canonization) by Pope John Paul II on January 25, 1983, and the experience of the Congregation for the Causes of the Saints has shown the need to update further the new regulations of the Medical Board, the document issued Friday stated.

The new regulations have no retroactive effect on already approved beatifications and canonizations. Nor do they have any direct link with certain inefficiencies that emerged in the investigations carried out at Pope Francis’ request for the reform of the Roman Curia, which then came to the fore during the Vatileaks affair. Rather, regulation is part of a broader, ongoing revision of the general regulation of the Congregation.

The regulation published on Friday “is for the benefit of the causes which must necessarily be supported by the historical and scientific truth of the reported miracles,” Archbishop Bartolucci explained.

“Just as it is necessary for legal evidence to be complete, consistent and reliable, so it is necessary for the examination of this evidence to be carried out in an unbiased, objective way by highly specialized medical experts with solid experience and then, on a different level, by the body of consultant theologians and the meeting of cardinals and bishops, before being finally and definitively approved by the Holy Father, who has the sole authority to approve an extraordinary event such as a genuine miracle.”