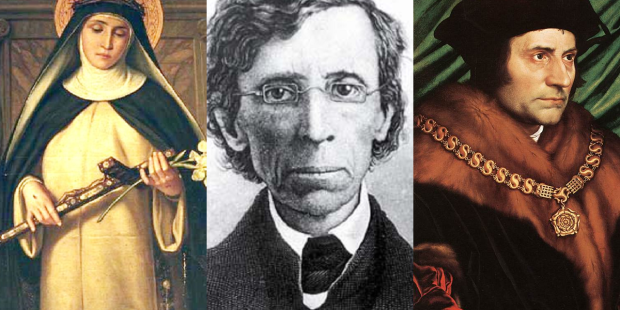 The past year has been one of the most divisive political seasons in recent history and as Election Day nears, odds are likely it won’t get any better.

For many, November 8 is the most dreaded day this year and with the choice of candidates on the ballot there is even a movement to “vote nobody for president.”

Whatever our views are regarding the upcoming election, as Catholics we are obligated to participate in politics in one form or another. The USCCB explains in their latest document, Forming Consciences For Faithful Citizenship, that we cannot morally neglect our duties to our country:

“In the Catholic Tradition, responsible citizenship is a virtue, and participation in political life is a moral obligation. ‘People in every nation enhance the social dimension of their lives by acting as committed and responsible citizens.’ The obligation to participate in political life is rooted in our baptismal commitment to follow Jesus Christ and to bear Christian witness in all we do. As the Catechism of the Catholic Church reminds us, ‘It is necessary that all participate, each according to his position and role, in promoting the common good. This obligation is inherent in the dignity of the human person…As far as possible citizens should take an active part in public life.’”

However, the obligation to participate in politics does not tell us exactly what we should do in a politically turbulent environment. What are we to do when the common good of all is not upheld and national politics have turned into a chess game, where political parties are more interested in “winning” elections than serving the people they represent?

Thankfully, we can turn to the saints for inspiration and see what holy men and women have done during periods of history when the government was not serving the people. Here are three such examples, whose witness can shed some light on what we are to do during the next few months (and years) ahead.

Born in Havana, Cuba in 1788, Morales grew up in Saint Augustine, Florida and returned to Cuba to become a priest. He declined a military career, saying, “I want to be a soldier of Christ. My purpose is not to kill men, but to save souls.” After teaching at the seminary for several years, he was chosen to represent Cuba in the General Courts in Spain. During his time there, he was active in a Foreign Affairs committee and introduced projects to give independence to Cuba, Puerto Rico, the Philippines and other territories under the Spanish crown.

Morales also advocated for the abolition of slavery, writing, “Constitutional Liberty and equality are synonyms and these words repel slavery and Inequality of rights.” After the French invasion of Spain in 1823, his political views were under scrutiny and the new government sentenced him to death. He fled the country before being arrested and eventually settled in New York City. While there, he continued his political activism by publishing articles about human rights, alcoholism and religious tolerance. Morales was chosen as the Vicar General of the Diocese of New York and was a theological advisor to the “Baltimore Catechism.” He worked especially for the many immigrants and poor of the city. Due to health issues, he retired to Saint Augustine, Florida and died there five years after arriving.

Refusing the life of marriage that her parents desired, Catherine decided to live a religious life outside of the convent, becoming a Dominican tertiary and living at home with her family. She worked zealously for the poor and in particular helped those suffering from the plague. Catherine was well-known and respected in Siena and her reputation as a wise councilor gained her attention from Church leaders and politicians in Italy and beyond.

She began to travel throughout Italy, advocating for clergy reform and helping to resolve political disputes. One such situation occurred when the people of Florence and Perugia were conspiring with other cities against the Holy See. Her peace-making abilities were so well respected that politicians begged her to go to Avignon and speak with the pope (the papacy at this time was located in France). She did so, but was later thwarted by ambassadors when returning to Italy.

After being unsuccessful in this regard, Catherine sought to get to the heart of the issue and had an extensive correspondence with the pope, imploring him to return to Rome. Her influence may have had an impact, as Gregory XI returned the papacy to Rome after 68 years of being in France.

As a laywoman, Catherine of Siena had amazing influence with Church leaders and politicians, working for peace and helping to bring reform at home and abroad.

Secretary and advisor to King Henry VIII, More was a trusted politician, gaining a reputation as an honest and effective statesman in serving the King. After Cardinal Thomas Wolsey refused to negotiate the annulment of Henry’s marriage to Catherine of Aragorn, Wolsey was stripped of his position and More succeeded him as the King’s chief advisor.

It did not take long, however, for Henry VIII to realize that More also did not support his actions. More refused to sign a letter asking Pope Clement VII to annul the King’s marriage and openly resisted the King’s desire to be referred to as “Supreme Head” of the Church of England. In his capacity he tried to remain faithful to the King, but was unwilling to compromise his Catholic faith. With the increased pressure from fellow politicians, More asked to be relieved of his duties and soon after he was put on trial for treason. He was found guilty and beheaded. Before his death he is famous for saying, “I die the king’s good servant, but God’s first.”