What are you willing to go into debt for? 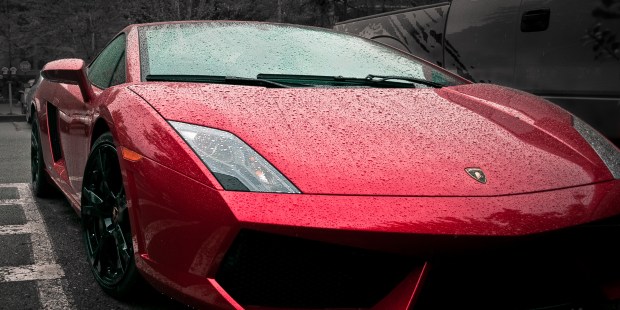 Where our balance is owed, there our heart lies …

Sunday’s warning about the judgment caps off a weeks-long spate of Sunday Gospels pleading, begging and demanding that we pay attention to something we would rather not scrutinize: Where we spend our money.

“Where your treasure is, there also will your heart be,” Jesus says (Luke 12:34). If you want to know what people really love, look at what they go in debt for.

We like to think we know where our heart is. We love God, Church, family and country. But our bank accounts and credit card statement tells a different story; a truer story.

Our debt says we love home décor, video games and data plans. It says we love new clothes, new gizmos and restaurant food. Like the bad rich man who stored his grain in barns, we love to eat, drink and be merry.

After all, we would never go into debt for God or the Church. We would consider it irresponsible or even  immoral to borrow money to tithe. We wouldn’t go into debt to give to charity. That would feel like we were stealing from our families to pay strangers.

But we don’t hesitate to go into debt for entertainment, fashion and impressing our neighbors. We never consider this stealing from our families — or from the Church or the poor — to pay the strangers who sell these things.

To be fair, any discussion about debt must accept that the biggest ticket items for which the average American household goes into debt make sense, at least as categories: Home, transportation and, often, education.

But even here we might need to adjust our spending.

It makes sense to go into debt to provide a home for our family — but our economy has set up a system in which mortgage-lending is out of whack, making home ownership a kind of decades-long wage slavery to a bank. The advice my wife and I give in marriage prep to engaged couples is to buy a home that fits their state in life: Modest but not an impediment; appropriately appointed but not ostentatious.

It’s the same with transportation. Many of us almost certainly need a car, and a few of us even need an expensive car — but only a very small few.

It makes sense to go into debt for an education – or, I should say, for a college education that equips you to stay Catholic and get a job. Especially when you consider that four years of education is cheaper than the privilege of driving a used Honda CRV.

Here are a few of his painful truths:

“The culture of prosperity deadens us; we are thrilled if the market offers us something new to purchase. In the meantime, all those lives stunted for lack of opportunity seem a mere spectacle; they fail to move us.”

“‘Not to share one’s wealth with the poor is to steal from them and to take away their livelihood. It is not our own goods which we hold, but theirs.’”

It is true that Americans are very generous with others, compared to other countries. But Jesus (and Francis) hold us to an even higher standard. In fact, Jesus tells us to do the unthinkable: to go in debt for our faith.

He says the Kingdom of Heaven is like a treasure hidden in a field or a pearl of great price which we one would do well to “sell that he has and buy.”

The less we spend appointing our home on earth, the better appointed we will be in the kingdom.

[Editor’s Note: Take the Poll – Would you go into debt for the Lord?]