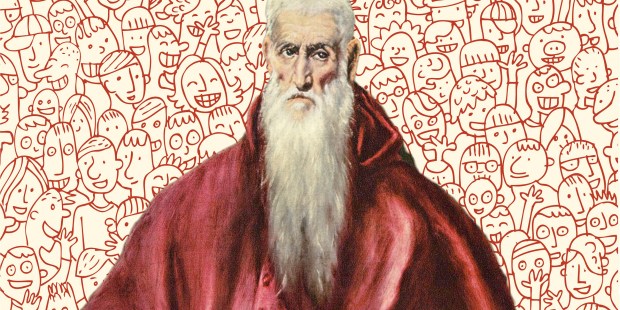 September 30 is the feast day of Saint Jerome, priest and Doctor of the Church. Most widely known for his translation of the Bible into the form of Latin most commonly read at the time (the Vulgate), Jerome started out his priestly ministry as a hermit leading a life of asceticism outside of Antioch.

Jerome later traveled to Constantinople, where he developed a friendship with St. Gregory of Nazianzus, with whom he studied sacred scripture. After a few years in Constantinople, Jerome lived in Rome and was asked by Pope Damasus I to translate the Bible from a collection of Old Latin texts.

He is also “well-known as one of our crankier saints,” speaking his mind freely and making many enemies wherever he went. Jerome’s asceticism was what saved him, as one bishop said about him while looking at a painting that had Jerome striking his breast with a stone, “You do well to carry that stone, for without it the Church would never have canonized you” (Butler’s Lives of the Saints).

Here are 10 quotes from Saint Jerome to help us appreciate the life of the man who gave us the Vulgate:

2) “Begin now to be what you will be hereafter.”

3) “The face is the mirror of the mind, and eyes without speaking confess the secrets of the heart.”

4) “A friend is long sought, hardly found, and with difficulty kept.”

6) “Everything must have in it a sharp seasoning of truth.”

7) “Do not let your deeds belie your words, lest when you speak in church someone may say to himself, ‘Why do you not practice what you preach?’”

8) “A clergyman who engages in business, and who rises from poverty to wealth, and from obscurity to a high position, avoid as you would the plague.”

9) “It is worse still to be ignorant of your ignorance.”

More to read: St. Philip Neri: How to pursue sainthood in 25 pithy lines