“Hell or High Water”: A soulful instant classic of a movie 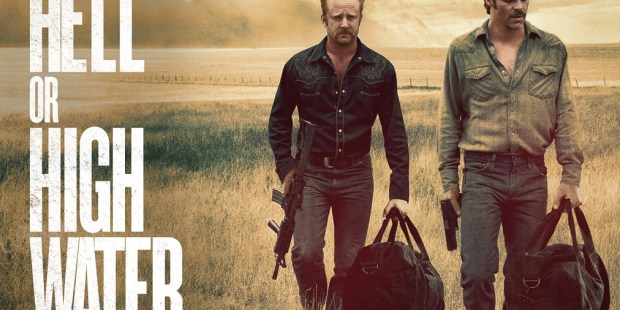 Everything is done with supreme care, in what is arguably the best film of the year.

Watching classic movies can be a disheartening thing. The care and attention that someone like John Ford gave to his films may be inspiring, but it’s also a glaring reminder of what the film industry has lost to profligacy: namely, wholeness. Even as cameras get more precise in what they can capture, filmmakers seem to get more obtuse in knowing what to capture, or how to pull it all together. Too often, we’re left not with great stories, but a heap of broken images.

David Mackenzie’s sleeper hit Hell or High Water is a return to wholeness. As with so many classics, not a single frame or word is wasted, and everything is done with supreme care. The writing, the performances, the cinematography, and the music all work in harmony to bring a single vision to the screen, one that’s entertaining and smart, but also heartfelt and soulful. Even if you walk into the theater, as I did, with sky-high expectations (the film has a near-perfect score on Rotten Tomatoes), it’s hard to see how you could walk away disappointed.

The world we enter is a dog-eat-dog one, where hounds hot on the trail of something – or someone – circle each other restlessly. At the heart of it are two scrappy West Texans, Toby Howard and his ex-con brother Tanner, who are systematically robbing a chain of local banks. But what seems like reckless greed is really carefully calculated revenge. These two Robin Hoods have hitched a plan to rob the very bank threatening to foreclose their deceased mother’s oil-rich property; pay the bank off with its own money; and retake their family’s land. (This struggle against fat cats goes beyond a mere plot device, as signs promising escape from debt, graffiti about the government bailout, and one Faulknerian dialogue about stolen land make the movie a powerful indictment against greed itself.)

Things quickly spiral out of control, as two Texas Rangers, Marcus (played by a slack-jawed Jeff Bridges) and his partner, the half-Mexican, half-Native American Alberto, hunt down the brothers to bring them to justice. The bank chases after the property, the brothers chase after the bank’s money, and the Rangers chase after the brothers, all of them spiraling around each other into increasingly turbulent territory.

The chase is fun at first, and like all great movies, delivers plenty of laughs and thrills. But the crushing injustices of the world, and the lashing out of these two brothers cornered by them, slowly give way to more tragic and morally complex tones. When Tanner identifies with a Comanche gambler, declaring himself a “lord of nothing” and an enemy of everyone, or when the two brothers, dignified but desperate, shadowbox at dusk on the open road, a sadness fills the screen. Even as they laugh, there’s a kind of futility to their mission – even if they succeed.

A hound of a different sort hovers over that futility. When they rob their first bank, it’s in front of a mural of three crosses, the middle one lifted higher than the others; Alberto, a Catholic, irks his partner by playing Christian radio and watching TV preachers; and another gritty score from Nick Cave is complemented by Gillian Welch and Townes van Zandt, whose lyrics reference God and the soul.

In art as in life, the hound of heaven lies in wait, and we’re faced with the question: Can staking our lives on the patterns of this world – whether that means evading them, enforcing them, or openly rebelling against them – ever really end in peace?

Technically excellent but also morally and spiritually rich, Hell or High Water is an instant classic, and easily the best film of the year thus far.