Indian wildflowers in the Bronx: Franciscan friar shares the story behind his Mother Teresa inspired song

Brother Isaiah, CFR, is back again with another blend of that smooth acoustic sound and deep, soul-searching faith. We recently shared the Franciscan friar’s video for “Jacob’s Song” and the providential encounter behind it.His most recent release, “Receive Me (I’m Yours)” was inspired by Mother Teresa, the “little Indian wildflower of Calcutta.” Brother Isaiah shared the following story with Cecilia:

It was a particularly hot summer that year in the Bronx.  I was feeling pretty beat physically and mentally from the steady heat rising from the streets and warming the brick friary where I lived on East 155th Street.  I decided to take a walk through the neighborhood that evening with the hope of finding some relief in my campaign to “beat the heat” that July.  I took my usual route through the neighborhood passing by familiar scenes of kids playing in the streets, rivers of water flowing along curbsides from opened fire hydrants, accompanied by the occasional sound system competitions blaring from second and third story windows.  Cop cars flew by every so often and I passed at least one or two arrests that were already underway that evening.  There was always quite a variety of scenes within that ten block radius around the friary.

Coming around a corner I nearly ran into another familiar scene of two Indian faces framed in blue and white.  Mother Teresa’s sisters had a convent not far from where we lived so it was not uncommon to run into them on the streets.  We exchanged our familiar greetings and continued in opposite directions.  As I walked on, however, I began to notice a trail of something red along my path.  Looking closer I was thankful to find it was not blood—something those streets had already seen more than enough of—but I was even more surprised when I bent down and picked up a rose petal.  Following the trail of red flower petals behind me, I turned just in time to see the two sisters vanishing around the corner at the end of the block.

It took me a moment to put it all together, but when I connected the dots (and petals), I couldn’t help but smile as a sense of wonder welled up from the deep places of my heart.  What beauty!  The sisters had been scattering rose petals all along the sidewalk as they traversed their way throughout the neighborhood.  The simple beauty of that trail of flowers against the backdrop of the trashed and broken sidewalks captured my mind and brought to my heart a simple and deep refreshment—the very refreshment my heart was searching for when I walked out of the friary earlier that evening, the refreshment and renewal that beauty and wonder bring.

This wasn’t the first time I had found myself rocked by beauty thanks to the life and work of Mother Teresa and her community.  The first encounter was in 7th grade.  At the time, I think my greatest desire was to be on my BMX with a six pack of Cherry Coke in my backpack.  When our teacher had us watch the documentary of the holy woman of Calcutta, I soon found the horizons of my pretty narrow world vastly and quickly expanding.  I remember feeling my heart being tugged deeply by a peace, joy, and burning desire for something more.  In the wake of witnessing scene after scene of this weathered but radiant woman holding orphaned children, dying men, and mentally ill women, I found myself peacefully perplexed.  My heart seemed to be crying out that this is what it was made for; this was quite a surprise seeing as how just before the film I would have said my heart was made for dirt bike jumps and a 20 oz. Coke.  It was an existential moment.

Seven years later, amid the searching restlessness of college years, I would again find my heart tugged deeply standing before the life and witness of Mother Teresa; the limited horizons of my life were again broken open to entirely new vistas.  I wanted to be with the poor, I wanted to be near the poor, and I wanted to pray.   In both places I was discovering a peace beyond anything I had known.  The example and simple wisdom of Mother Teresa became like a trail of rose petals strewn across the messy sidewalks of my heart beckoning me to a new way, to the source of that beauty that had again awakened the world inside of me.  The more I witnessed her life and read the simple wisdom of her words, the more I found my heart both refreshed and thirsty for more.  Her life continues to capture me.  Recently I came across these words from Mother Teresa:

“Prayer is not asking.  Prayer is putting oneself in the hands of God, at His disposition, and listening to His voice in the depth of our hearts.”

To keep up with the latest from your favorite artists and to find to new music every day, follow Cecilia on Facebook. 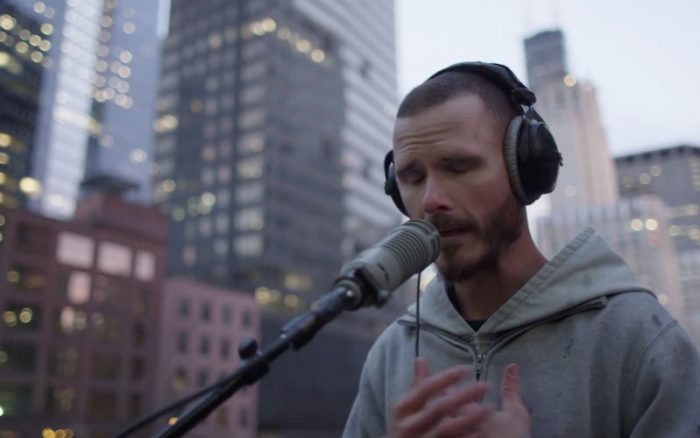