How I learned white people are colored people too 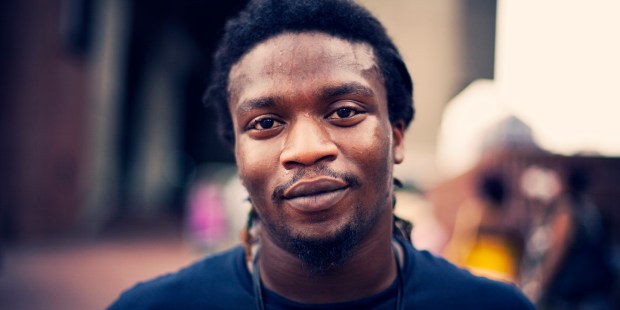 The best conversation white people can have with black people opens with “I don’t understand, but I’m trying.”

I’ll get to the title. But for now, start here:

Even though police shoot and kill more whites (armed or not) than blacks, an African American is two and a half times more likely to be shot by police than a white person. That’s not a narrative, it is fact. There are a lot of statistical gyrations that can be played on that number. Police racial bias (if it actually exists), black criminality (someone told me), and other things nudged in there, as well, to explain, mitigate, or dismiss it. Yet that figure, raw as it is, stands by itself.

A black acquaintance with two sons now in their twenties told his sons how to handle a traffic stop. “Do whatever the hell a cop says and do it instantly. If he says jump up and down, rub your tummy while patting your head, you do it and say ‘Thank you, sir’ when it’s done.” He doesn’t think he’s ever been unjustly pulled over — a couple traffic tickets is all he’s faced — but he’s prepared his kids.

I have black friends, black grandchildren; a black “foster” daughter who sought us out when she could no longer live at home. There is awareness in our house that being black in America is different than being white or Asian or even Hispanic in America, irrespective of economic class.

My daughter and the “foster” used to play “mess with the store clerk” at clothing stores, just to see how many clerks they could get to follow the black kid, then watching reactions when the white kid showed up to rescue her.

I do not think their game could be played with roles reversed. There is a risk in being black in America, always has been, probably always will be. An honest acknowledgment of that is a place for whites to begin real conversation around race. Conversation is about all we can have since I see no ready solution at hand. But I am convinced the best conversation white people can have with black people opens with “I don’t understand, but I’m trying.”

It is as clichéd as it is true; slavery was America’s original sin. Never mind that all cultures have practiced slavery – a sad but historic default in humanity – American slavery was entirely racial. Africans were deemed fit for enslavement for no reason except being black.

If I do understand even a little of what is so difficult for whites to grasp, I owe it to a cook in the nursing home where I volunteered as an eighth grader. I enjoyed talking to her, and we talked about everything including religion (I was there working on a Boy Scout religious award). But I once referred to her as “colored.” She surprised me by asking what I had said. “You’re a colored person.” This was 1962, a common phrase then. She held out her hand and demanded, “What color is that?” Brown, I offered. I didn’t know where this was going. “Now hold out your hand and tell me that color.” White, naturally. “You telling me ‘white’ ain’t a color?”