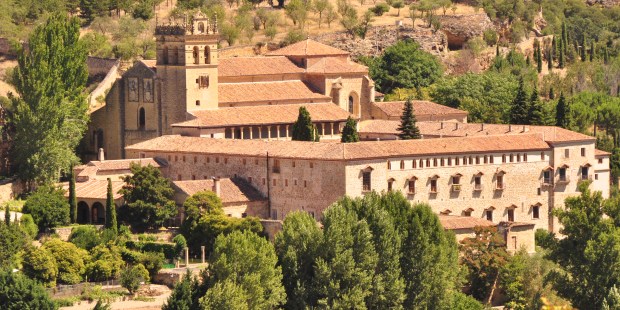 In Segovia, the last monastery of what was once the largest Order in all of the Iberian Peninsula remains standing thanks to a great little community

Before the Spanish Civil War, in the 19th century, the Order of Saint Jerome — the Hyeronimites, then numbered in the hundreds — was suppressed, and their properties — monasteries, farms, hostels — seized. The monks then ended up living their lives as best as they could, secularized, dispersed, working in any trade they could get into. They became farmers, smiths, laborers.

The Order — which is curiously exclusively Iberian, and once grouped nearly a thousand monks between Spain and Portugal — had lived in solitude, silence, contemplation, work and penance from its very foundation, and was only restored in 1925. In a single monastery, that of Santa María del Parral, in Segovia, the Blessed Manuel de La Sagrada Familia, who was killed by a firing squad during the Spanish Civil War, gave the Order a new impulse.

Today, the last nine Hyeronimites living in El Parral keep the Order very much alive. To everyone’s surprise, they constantly welcome numerous new candidates (“Oh, sure, we receive lots of new people who feel they’re called to this kind of contemplative life; but what we need is perseverance, here,” said the Prior in an interview with Joaquín Jesús Sanchez Díaz, for the Spanish newspaper El Español), and do not seem to be at all concerned about the future of the Order. “Preoccupation,” the Prior explains, “ is a word that I got rid of, both in my mind and my vocabulary, because it is stupid: is means being occupied with one thing even before such a thing happens. And I have the experience, both here in the monastery and before I entered, that things often go their own way. People often say, ‘But what about the Order? Aren’t you probably living your final days? Do you think the order will go on?’  Well, so far, here we are. There is a constant in the Old Testament, which you find for instance both in Daniel and Esther, that says something like, ‘can God remedy this situation? Yes, but if He doesn’t, He remains our God. He alone knows the reasons!’”

If you want to read the full interview with the Prior of the last remaining nine Hyeronimites (in Spanish) you can click here.