Famous Brazilian Catholic singer made headlines with this shocking announcement

“I didn’t understand why chastity would be so surprising,” said Felipe Alcantara in an exclusive interview with Cecilia

Felipe Alcântara, of the Brazilian band Os Gonzagas, had already made a name for himself and his music after his group’s appearance on the TV show Superstar. He couldn’t have expected, though, how much one little announcement would thrust him into the spotlight in Brazil: Felipe shared on a TV program that he and his girlfriend were living chastity.

Cecilia Music caught up with Felipe for an exclusive interview, where he shared about his music, his conversion – or reversion – to the faith, and his decision to live out chastity with his girlfriend and what that means. Here are the highlights from the interview:

Pope Benedict XVI says that we evangelize a culture when we value and share the best of the culture. In a way, your decision to redeem Brazilian forró music is really “swimming against the tide” in today’s times. Has it been a challenge to remain authentic?

Yes, it certainly has been, and still is a challenge. People are missing out on music with good messages in the lyrics; they’re missing out on songs that magnify the heart and lift us up. You don’t always need the deepest lyrics; a light message is enough, one that changes the mood, or makes you stop and think about the moment you’re living, or just makes you feel like dancing.

We’re even more aware of swimming against the tide when we realize that people aren’t consuming contentless music simply because there’s no alternative, but they just arrive to that music that often destroys the values based on love, family, and respect. We are aware that the work we are doing takes longer to spread, but it is perennial. So, we’re set on persisting and believing, because our mission is bigger than just playing on big stages or making money: we seek to bring the message of joy, love, peace, marriage, family, and hope wherever we go.

Without a doubt, the greatest revolution in my life was my encounter with God. Despite being raised Catholic, my parents never forced me to go to church, but my grandma always taught me a lot about Church teaching. However, when I was a teenager, I kind of sloughed off the things of God, and was resisting everything the Church said. Though I never stopped believing in God and saying my prayers before bed.

Then Rafa (my now-fiancée) came into my life. We butted heads; she wanted to convince me that I was wrong and we had so many discussions. Then, in 2014, when my father died, I hit rock bottom. And from this great pain, I began to open up to God working in my life.

When I had a great conversion experience, first with Mary, and then the Eucharist, so many things happened, and I thought about giving up my music career. It was during a night of worship, I was in the back row of the church, and in a moment of deep prayer I spoke to God: “Lord, this was a difficult year for me. I lost my father. I need work so that I can help my mother, and I don’t want music anymore in my life.” Then, in that moment, the deacon who was leading music, said, “God is giving me a word now, and it is for a musician: Another opportunity will arise and it is music.” A month later we got the word that we had been selected to participate in the Superstar TV program. I began to understand how God can work.

You announced on TV that you and your girlfriend were living chastity, and the reaction was huge. How do you feel about this announcement now, an announcement that many saw as a great act of courage? What has the reaction been like, in a world that’s not used to this lifestyle?

Many people don’t know this, but a week before the TV program where I made that announcement, I experienced a crisis, and I couldn’t figure out what God wanted from me. During a sermon one day, I began to realize that I was spending more time with the band than with God, and it was consuming me in a way that made me begin to rethink if the band was really for me. So I asked my spiritual director, who prayed with me, asking God for clear signs if it was his will that I be in the band.

Just a week later I got a call from the TV program asking if there was any problem addressing the issue of chastity on the show, as they had heard through a friend that this is how I lived. I spoke with my director, and he showed me that this was the opportunity God was giving me to witness to his love.

I was really nervous, but the Holy Spirit led me in the moment. I was surprised by the proportion of the impact of what I said. I did not expect it all. By the time the show was over, people from the audience and the production team came up to me to congratulate me on my courage, but I didn’t understand why the topic had generated so much surprise. When I got to my dressing room, my phone was already full of messages from around the world, and I came to realize how reversed the values of the world are. And I realized how we as Catholics, in not speaking of our experiences with God, we are being selfish in keeping to ourselves the wonders of the Good God (as St. Therese says). It is so important to bear witness to that love. As St. Francis said, “Take care of your life, it is perhaps the only Gospel people have.”

Tell us, who was Felipe before and after living what the Church teaches?

Chastity was one of the best choices of our lives (Rafa and I), as we have come to understand the true meaning of love. Many view chastity as just abstaining from sex, but it is so much more. Chastity is an exercise of love for God, of self-control, maturity in the relationship, and above all, love and respect for your partner. To live chastely is to put love ahead of the relationship; it is to understand the true meaning of marriage. Being able to walk next to someone you love, with love of God as the goal, is something that is really beyond words. Living chastity is only possible with God, delivering up all of your desires, thoughts, and will into the hands of God, so that He can help you.

You’ve already set a date for your wedding. What are your expectations for your marriage?

We cannot wait to go to the altar and say yes to God, and sign this commitment of our love. It’s so close, and it draws closer day by day, my heart beats faster and grows in gratitude to God, as we know that our love is the result of God’s will, for two people so different to join together can have no other explanation. God wants our sanctification. We realize that because we are different, that means that we must always exercise humility and patience and let God guide us with love. Rafa draws me out of my comfort zone, makes me live my faith more, for every step we take, we give ourselves more to God.

To keep up with the latest from your favorite artists and to find new music every day, like and follow Cecilia on Facebook.www.facebook.com/MusicCecilia 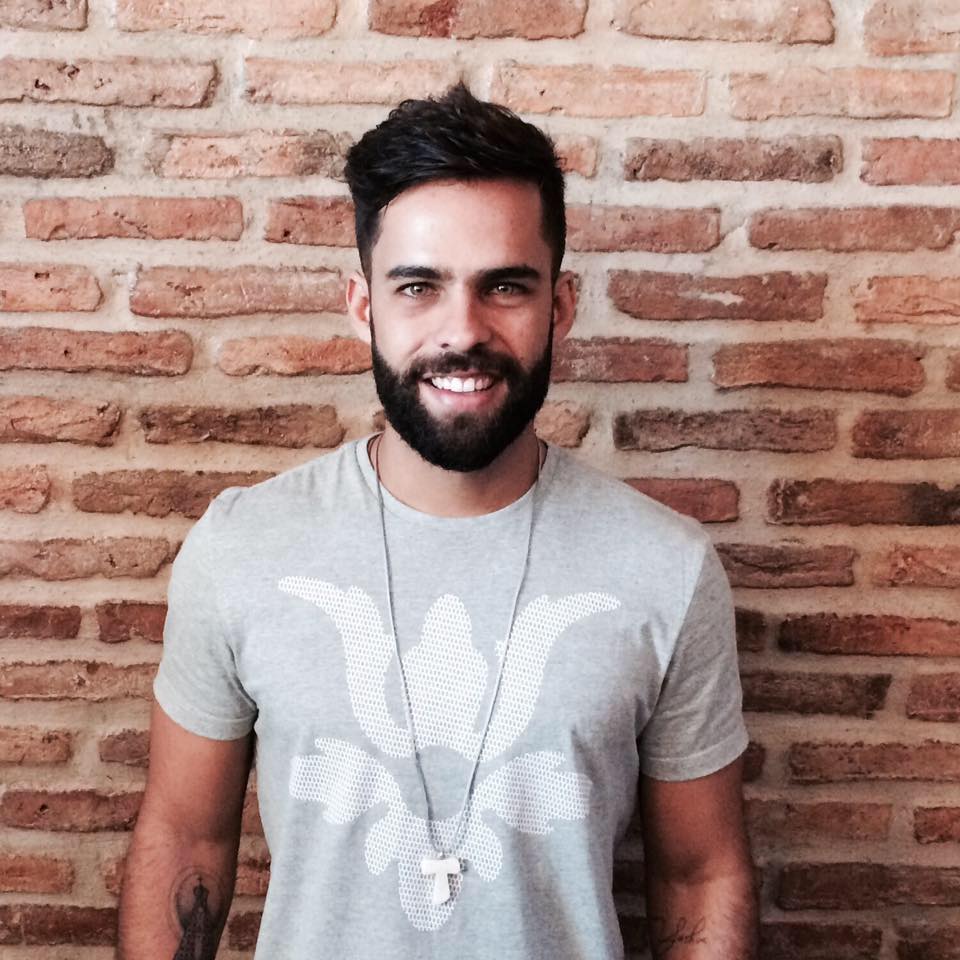