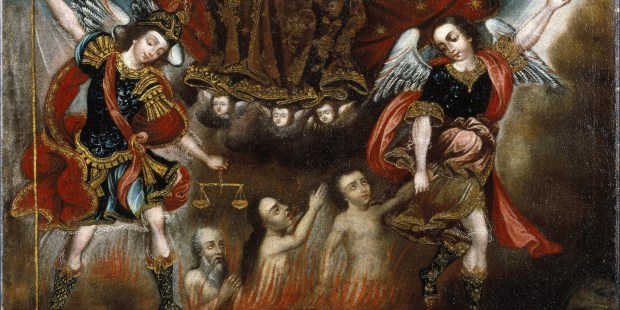 What happens to souls of the “Church Penitent” after they die

While 20th-century contemporary philosophy and political theory have profusely used categories and theoretical frameworks drawn from Catholic eschatology (literally, the study of the “end things”) — in surprising and truly admirably fruitful ways — the same thing cannot probably be said of some of our contemporary ecclesial theological reflections. Eschatology does not seem to occupy too much of a privileged seat nowadays.

However, that does not mean that, in the Catholic tradition, eschatology has not been the subject of arduous, intense and often erudite reflection. Actually, it is quite the contrary. And recently, Shaun McAfee published a list of ten things you most likely do not know about Purgatory. Of these, we have selected the three we thought were the most interesting, in order to start, if possible, a conversation about these issues here, in our “comments” section.

Those in Purgatory are already united to Christ

“Until the Lord comes clothed with majesty and accompanied by his angels and, once death is destroyed, all things are submitted to Him, some of his disciples are pilgrims on earth (Militant Church); others, who have already died, are being purified (Church Penitent); others, finally, are enjoying the glory (Triumphant Church), clearly contemplating clearly God Himself, triune as He is”.

If the souls in Purgatory are part of the Church Penitent — which we could be part of as well, in the midst of our sufferings as Church Militant — then they are obviously part of the Mystical Body of Christ and, therefore, remain united to him.

Suffering in Purgatory is voluntary

This deserves a somewhat more detailed explanation. As we read in the post Shaun McAfee shared on EpicPew, in her Treatise on Purgatory Saint Catherine of Genoa explained that, seeing what awaits her in Heaven, the soul voluntarily throws herself into Purgatory. Purgatory is voluntary not because someone could choose not to go, but because one willingly submits to it. In this regard, St. Thomas Aquinas says exactly the same.

In Purgatory there is also joy

Generally, Purgatory is though of as a place of suffering, albeit temporary. But in reality, as explained by St. Catherine of Genoa, Purgatory is not without its joys: just as Christ himself consoles the souls of the Church Militant, so does He with the Church Suffering, and just as we can cheer each other during our life on Earth, we can do so in Purgatory.

Indeed, the most terrible thing for the soul is the inner tear produced by a love that, because of these still not completely annihilated impediments, sees his perfect possession of God delayed. And the more purification, the more intense the love and, hence, the cruelest the pain. Love and pain appear and grow in purgatory in an accelerated progression.