Has our obsession with following rules and regulations blinded us? 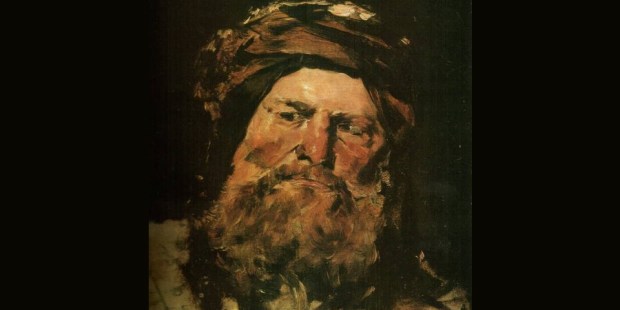 Amariah escorted the forlorn widow to the front door of his home, assuring her that he would meet with the bankers about her late husband’s account just as soon as he could. Even as he said it, Amariah knew that straightening out this widow’s financial affairs was not going to be a top priority. She simply did not have that much money.

Amariah donned his olive cloak with the brown piping, grabbed his walking stick and headed for the weekly luncheon with the leading men of the city. Only two lawyers were members of the group, and Amariah was certainly the most experienced. His understanding of Jewish law was unquestioned, and he was widely recognized as the foremost authority on prayer requirements and exceptions.

As Amariah entered the home of Perez, the host for the luncheon, he noticed that the crowd was a little bigger than usual. Perez had invited a travelling preacher named Jesus to join them, and his appearance had generated quite a buzz. Amariah was anxious to ask the preacher a few questions. His experience suggested that most traveling preachers knew very little about the law and that their instructions were often misguided.

The luncheon conversation was cordial at the start but became more confrontational as the Pharisees began challenging the viewpoints of the preacher. Suddenly the preacher launched into a tirade against the Pharisees, listing a number of perceived shortcomings. Amariah felt obliged to interject, pointing out to the preacher that his criticisms were insulting to scholars of the law, too. With that, Jesus turned to the lawyers.

Amariah and his fellow legal scholars could not see the forest for the trees. They were so focused on all the details of the law that they forgot the bigger picture of love of God and love of neighbor. They failed to consider which rules would be most helpful, which might be unnecessary and which could actually be getting in the way. And the sheer multiplication of all the rules placed an enormous burden on people. Many would have profited from a little prayer, but the frustrating attempt to comply with all the prayer regulations left many people feeling discouraged and very distant from God.

In addition, Amariah’s expertise in legal matters and his strict observance of all the requirements made him a little too self-satisfied. He had closed himself off to the possibility that he might learn something from a poor widow with no legal training or a travelling preacher who liked to tell stories. And he failed to recognize how much he needed God. Amariah was not open to what God might do for him, figuring that he had everything well under control.

Jesus’ challenge to the scribes and the Pharisees is an invitation to us. We are invited to value rules and regulations not as an end in themselves but as aid to growing closer to God. We are encouraged to keep the big picture of love of God and love of neighbor in view and to humbly recognize that we need God’s love and grace if we are to continue to be the people God calls us to be.

For the Mass readings for October 12, click here. To learn more about the painting of the Pharisee, click here.
Author’s note:  St. Ignatius Loyola encouraged us to use our imagination in contemplating Scripture passages so that we might draw greater fruit from them. In reflecting on the story of the Pharisees and scholars of the law, I use my imagination to fill in some of the details of the story.