Lessons from a boy about to be canonized 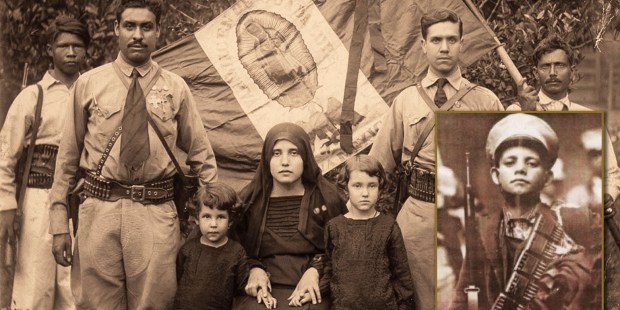 What happened to Jose Sanchez del Rio, the 14-year-old martyr of the Cristero War, that made him a saint?

“What do you want to be when you grow up?” When I was 7, I replied, “I want to own a deli and make the perfect sandwich!” (It took me a long time to come up with a better answer.)

Countless parents, educators, institutions, and “helpers” of every kind spend seemingly endless effort and resources telling children, “You can become anything you want!”, but who among them tells children, “Above all—you should become a saint!” Leon Bloy once wrote, “The only real sadness, the only real failure, the only great tragedy in life, is not to become a saint.” Do we really believe that? I don’t think we do, because if we did believe it, we’d teach it to our children. And more importantly, if we believed it, we would teach it by our own example.

I think of these things knowing that this Sunday, October 16, the Church will celebrate the canonization of Jose Sanchez del Rio (pictured above), a 14-year old martyr of the Cristero War, when the Church suffered extreme governmental persecution in Mexico in the 1920s. When he refused to renounce Christ, the boy’s captors tortured him and gave him one last chance to blaspheme. He replied, “Viva Cristo Rey, y Santa Maria de Guadalupe!” He was then repeatedly stabbed and finally shot. Eyewitnesses reported that he drew a cross in the dirt, kissed it, and died.

I’ve been haunted by the story of young Jose since I first learned of him via the movie “For Greater Glory,” which depicted the Cristero War. How did that 14-year old boy acquire at so young an age such heroic fidelity?

“God’s grace” is the obvious and correct answer—but it is only part of the answer. Grace doesn’t ignore or erase what is human and natural. The Church has always taught that “grace builds on nature.” In other words, that young Jose could be both so faithful and so young says a lot about both God and about Jose. What happened to Jose before his martyrdom that enabled him to receive the grace of martyrdom when it was offered to him?

For the last four weeks, I have been writing here about our collective failure to raise our youth to Christian maturity. The many efforts to make the Faith “fun,” “exciting,” “relevant,” etc., over the past 45 year have not resulted in two generations of mature and confident Catholics who live for the Faith, can hand on the Faith, and are ready to die for the Faith. In the United States, the second largest “denomination” of Christians is former Catholics. Clearly, what we have been doing isn’t working. Who would be willing to wager that what we’re doing now will produce the next generation of saints and martyrs?

So we have to ask: How did young Jose become Saint Jose? Through “clown liturgies”? Through dancers at Mass? T-shirts and light sticks at retreats? Homilies celebrating “diversity, tolerance, acceptance and inclusion”? I can’t say for sure—I wasn’t there.

In sum, I can assert with confidence that much of what made this young boy into a saint are the same things that for centuries have made saints, namely, precisely those things that we rarely if ever offer to our young people today. Of course, I tremble when I consider whether I or anyone will stand fast when true persecution comes. I tremble more when I look at the last 45 years and the immediate present, and see that we will not have to worry about our youth being driven away from Christ by persecution, when we are already letting them drift away from Christ by the culture and our own fecklessness and wishful thinking.

God will ask us whether we gave to the young entrusted to us what they needed from us to become saints. In particular, He will ask us if we gave them our own good example. My friends, let us repent and pursue sanctity, and teach our children to do the same—for time is running short.

When I write next, I will speak of hope in times of “red” and “white” martyrdom. Until then, let’s keep each other in prayer.