How a handyman showed me the contagious power of goodness 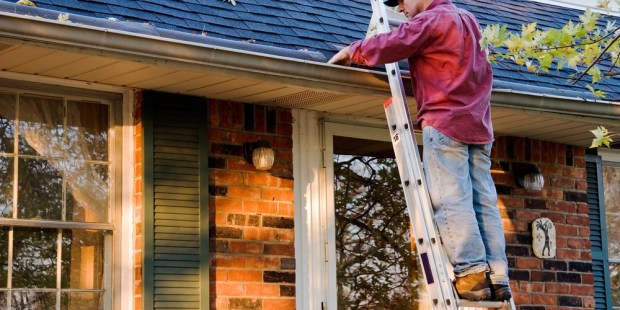 Sometimes all the bad news out there, all the ugliness, weighs heavy. But then along comes something that reminds you of the goodness that’s closer than you think  — little gems of kindness and thoughtfulness that help restore your faith in humanity.

I had missed the call a couple of days earlier and finally noticed the voicemail. The number was unfamiliar, but when I pressed the play button I knew the voice: It was a handyman who had removed some broken shutters from our house last year. I don’t know him well, and wouldn’t expect him to remember me well, either, but I recall he was friendly, full of stories and a lot of experience with old row homes like ours.

During the first few seconds of his message I wondered why he could possibly be calling. Did he want to remind me that he was out there in case we needed more work done? (We do!) Or did he drive by our house and remember something he forgot here? Maybe he wanted tell me that our threshold desperately needs re-painting before the snow flies?

Turns out it was none of that. He said he was working on a job for a family a couple of blocks down from us — a mom and dad with a newborn and a dog named Batman who are new in town and don’t know anyone. He thought maybe I’d consider going by to say hello, just to make them feel more welcomed and a little less lonely.

How sweet is that? I mean, I know it’s probably not so unusual if you live in a friendly mid-west town or a rural area, but I live in downtown Baltimore and this is a middle-aged handyman I barely know. Yet he took the time to dig up my number and take a risk that I might think he was weird for calling and making such a request.

Which I didn’t. And, of course, I had to go over there because if that isn’t a direct invitation to do a small good deed, I don’t know what is. And since I’m a native Nova Scotian — where sins against hospitality are anathema — I had to bake something first. I figured some oatmeal chocolate chip cookies would get my daughters involved and be a safe welcome gift as they’re not too junky but (hopefully) still satisfying enough for a young family on a cool October day.

So off we went in the rain. When we arrived, the young mom was nursing her baby, and her mother had just arrived from out of town for a visit. We chitchatted about the neighborhood, about the ladies on our block who sit on their stoops every evening and know everything that’s going on, about how we share the same experience of moving here from Washington, DC (and the long commute back and forth by train). We talked about the birth of their baby girl, and their sweet-tempered dog, and my 8-year olds who were being shy. And, naturally, about the handyman, and how thoughtful he was to suggest I stop by.

Before going over, I did return his message to let him know I appreciated his voicemail and thoughtfulness and that I’d definitely pay the new neighbors a visit. He sent this back to me: You’re good people. I wasn’t sure how my request would be met. Thank you. As always, I am at your service.

Neighbors welcoming neighbors isn’t unusual, but that kind of voicemail just might be. It says a lot about the man who left it, but also about how little bits of light and goodness tend to spread. It’s a reminder to take notice of the quiet, seemingly ordinary invitations not just to be kind and do good ourselves, but to take risks and invite others to do the same.