So just what is subsidiarity, anyway? 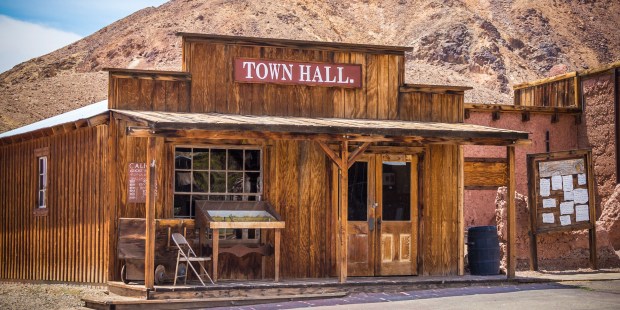 Wikileaks document dump of Podesta emails brings an important, but misunderstood, concept back into the limelight

“They can throw around ‘Thomistic’ thought and ‘subsidiarity’ and sound sophisticated because no one knows what the hell they’re talking about,” a scholar with close ties to Hillary Clinton’s presidential campaign said in an email about influential conservatives who are also Catholic.

The comment emerged as part of the publication by Wikileaks of hacked emails of John Podesta, chairman of Clinton’s presidential campaign.

In the email exchange from 2011, John Halpin, a senior fellow at the Center for American Progress, noted how many influential conservatives were also Catholic. Jennifer Palmieri, the Clinton campaign’s director of communications, then responded, “I imagine they think it is the most socially acceptable politically conservative religion.” To which Halpin replied with his remark on the “sophisticated” language referring to Thomistic philosophy and subsidiarity.

Palmieri served as President Obama’s director of communications before assuming her role in the Clinton campaign. Podesta was copied in the email string, but did not comment.

More to read: Podesta and the Clinton camp’s unwitting compliment to Catholicism

There’s a grain of truth to what Halpin says, that “no one knows what the hell they’re talking about.” The concept of subsidiarity has long been an important element of Catholic social teaching, but it has taken such a back seat to hot button issues like abortion, contraception and same-sex relationships that whenever the word comes up, there are bound to be lots of people who are hearing it for the first time.

So what is it? Pope Pius XI, in the 1931 encyclical Quadragesimo anno, explained that according to subsidiarity, “a community of a higher order should not interfere in the internal life of a community of a lower order, deriving the latter of its functions, but rather should support it in case of need and help to coordinate its activity with the activities of the rest of society, always with a view to the common good.”

Catholic News Service’s Style Book on Religion puts it simply, “The principle…that holds that decisions or actions should not be made on a higher level when a lower level of competence would suffice.”

The Centesimus Annus Pro Pontifice foundation (CAPP), which promotes Catholic Social Teaching, says that there are three principles of that teaching, “the greatest of which the Church insists is the first: A correct understanding of the human person, which is human dignity.” The other two are solidarity, which teaches that each person is connected to and dependent on all humanity, collectively and individually, and subsidiarity.

“The principle of subsidiarity holds that the state should undertake only those tasks which are beyond the capacity of individuals or private groups acting independently,” CAPP explains.

An article on the website of the Acton Institute for the Study of Religion and Liberty may explain why many social conservatives are enamored of the concept: “This principle is a bulwark of limited government and personal freedom,” writes David A. Bosnich. “It conflicts with the passion for centralization and bureaucracy characteristic of the Welfare State.”

It’s important that we not confuse this concept with words such as subsidiary, which might suggest that Catholic social teaching says it’s okay to farm to another person the duties that are yours by virtue of your state in life. For example, if you are a parent, the care, education and formation of your children is primarily your responsibility. Yes, you can engage the help of a good school, a tutor, a daycare center and your pastor, but, as the Church emphasizes, parents are the primary teachers of their children, so it’s your responsibility to make sure the education they are getting is in line with the faith.

At the same time, the principle of subsidiarity would require that decisions about the education of children be made on the most local level possible and that state or federal intervention be allowed only when absolutely necessary.

More to read: What is the Benedict Option, and why might it be coming to your neighborhood?