How the feminine genius can save the world 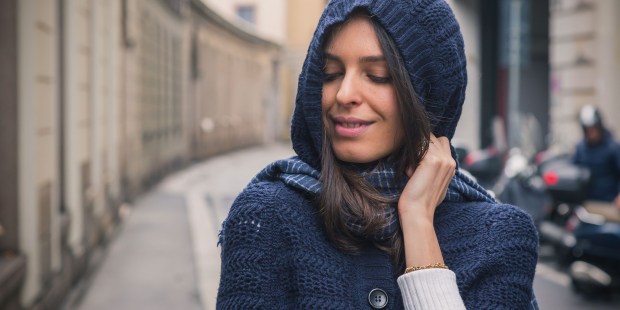 Is there a remedy for our disordered world? Yes, there is, said St. John Paul II — the humanizing gifts of women.

The hour is coming, in fact has come, when the vocation of woman is being achieved in its fullness, the hour in which woman acquires in the world an influence, an effect, and a power never hitherto achieved. That is why, at this moment when the whole human race is undergoing so deep a transformation, women impregnated with the spirit of the gospel can do much to aid mankind in not falling. —Second Vatican Council, Closing Message to Women

In last week’s post, which quoted Saint John Paul II on the problem of “models of male domination,” I suggested that the prevalence of a deformed prototype of masculinity has gotten us into the political and cultural mess we’re in.

The piece was oddly prophetic in its timing, given the fact that it ran the same morning the story broke exposing Donald Trump’s horrific comments about groping women—confirming in living color how the man shamelessly objectifies women, treating them as “things” to be possessed and violated at his whim.

Three days later Hillary Clinton stood on a debate stage and proudly announced that she will appoint Supreme Court justices that will uphold Roe vs. Wade—affirming once again how she shamelessly objectifies unborn children via her unapologetic stance that a woman should have the right to kill her pre-born child without restriction until a baby is born, treating them as “things” to be disposed of at a woman’s whim.

Again—these behaviors speak of what Saint John Paul II called “models of male domination”—systems of power that blatantly employ exploitation, aggression, and violence to rule over others and to have one’s own way. Obviously, Trump and Clinton didn’t invent this problem, but are instead the perfect representatives of a culture that largely embraces such an approach to reality.

What is the remedy for these disordered attitudes, beliefs and behaviors—attitudes that have spawned what John Paul II termed the “culture of death”? Interestingly, the visionary pope taught that it is the “feminine genius” that can re-humanize and re-civilize the world, and echoing the words of the Second Vatican Council, suggested that “now” is the hour when the genius of women is needed to save a free-falling world:

Unilateral progress can also lead to a gradual loss of sensitivity for man, that is, for what is essentially human. In this sense, our time particularly awaits the manifestation of a “genius” which belongs to women, and which can ensure sensitivity for human beings in every circumstance: because they are human! Pope John Paul II, On The Dignity and Vocation of Women, 30.

Pope John Paul II taught in various documents and ways that “the ‘woman’ is the representative and the archetype of the whole human race: she represents the humanity which belongs to all human beings, both men and women.” (Pope John Paul II, On the Dignity and Vocation of Women, 4) As such, woman stands as the symbolic key to humanity’s return to a right relationship with God and the entire created order—as the key to bringing the culture of death back to its senses.

Because woman—in the image of the Woman, Mary—incarnates in her very nature the way in which all human beings are purposed to relate to God: that is, standing in the feminine posture of Mary’s fiat mihi proclaiming “Let it be done unto me.” With hands, heart, mind and body surrendered to God, Mary becomes a conduit of life and love, both human and divine, becoming the icon of the sacred call of every human person. Conversely, when hands, hearts, minds and bodies close in on themselves, turn against God and turn instead to their own lordship, human beings become a channel of death for themselves and for others.

When we continue to declare that success in this culture means winning, subverting others, and aggressing against anyone whom we choose in order to achieve our own agendas, we fall prey to a disordered masculine approach that inverts self-sacrificial love into domination, control, and flagrant disregard of the human person. On the other hand, when we assume the Marian, feminine posture of active receptivity, saying to God thy will be done, we cooperate with God in opening civilization to his grace, grace that alone can save us and a fallen world.