‘Priceless’: For King and Country takes on human trafficking in new film 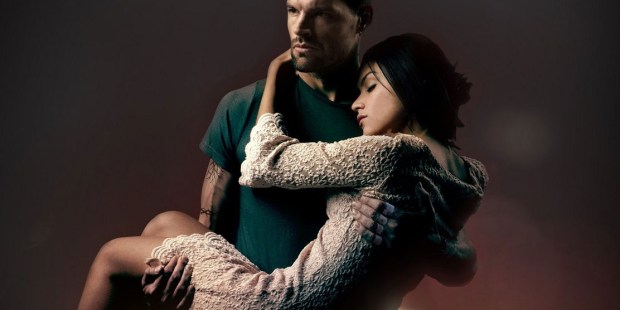 Christian filmmakers are finally realizing there’s more to making a good movie than having a good message.

It would appear we’ve at last reached the point where it’s no longer necessary to lambaste faith-based films over the quality of their crafting. Thanks to the ready availability of professional-level equipment and a growing awareness of film technique on the part of young Christians, movies geared towards the Sunday morning crowd have finally begun to look and feel like real cinema rather than something churned out in a church basement over a weekend. Of course, now that we critics no longer need to spend our time raking faith-based films over the coals for being amateurish, that means we get to concentrate instead on beating them up for all the same things we do regular movies. Fortunately, Priceless doesn’t do anything to earn itself too bad of a scolding.

Priceless purports to be inspired by true stories, which in this case doesn’t mean the characters are based on specific individuals, but rather that the situations the fictional characters find themselves in have actually happened to various people in real life. It starts with James (Joel Smallbone), a down-on-his-luck widower, agreeing to take a no-questions-asked job transporting cargo across the Mexican border. After nodding off behind the wheel and driving himself into a ditch, James hears cries coming from the rear of his truck. Breaking the lock on the door, James is horrified to discover that his cargo actually consists of two frightened sisters.

Assuring the women that he means them no harm, James treats the ladies to a meal and questions them about their situation. To his great relief, the women assure him they have not been kidnapped, but are sneaking into the States willingly in order to help pay off a family debt. It is only when James delivers the sisters to their destination and sees them hurried into a van with a number of other women that he realizes the payment for the debt is the sisters themselves.

Stricken with guilt that he has handed the girls over into forced prostitution, or worse, James makes the decision to try and rescue them from their fate. Teaming up with Dale (David Koechner), a local hotel owner with reasons of his own for wanting to get involved, James begins the potentially life-threatening task of locating the sisters and freeing them from their captors.

Priceless is about as earnest a production as you will come across. Joel Smallbone, who along with his brother Luke makes up the Christian pop duo For King & Country, has stated in numerous interviews that opposing human trafficking has long been a cause for his band. To that end Smallbone gives a sincere effort in the role of James though, like many a secular singer before him, he occasionally relies too much on giving brooding looks to the camera as if he were in a magazine photo shoot rather than a motion picture.

If so inclined, one could also nitpick that the female characters aren’t quite as developed as the male ones as they exist mostly to be rescued. This is a minor quibble, however, as the focus of the movie is obviously on the responsibility of the less fairer sex to man up, quit objectifying women, and redevelop a sense of chivalry. Probably not the most popular of messages in this era of gender theory, but perhaps one that needs to be put out there anyway if we’re ever going to push back against what Pope Francis has called a “culture of disposal where human beings themselves are nowadays considered as consumer goods, which can be used and thrown away.”

In its eagerness to deliver this message, it’s likely that Priceless will still come across as a bit too ‘preachy’ for most mainstream audiences. Still, all in all, Priceless is well made and represents yet another step forward for Christian filmmakers who are finally learning that if they let the story come first, the message will follow.