God is in the details: It’s a miracle the human race exists at all 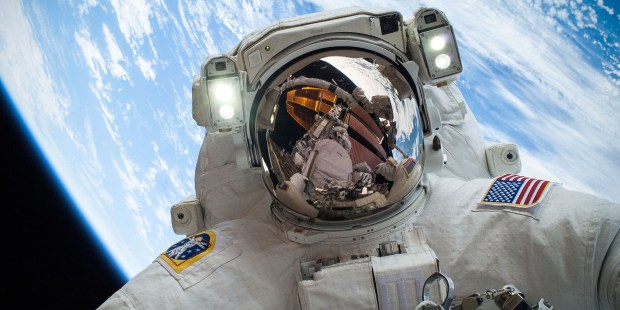 If the properties of the universe were only slightly different, we would never have come to live

Hydrogen, helium and small quantities of other light chemical elements developed a few minutes after the Big Bang. Then, due to gravitational instability, stars, galaxies and groups of galaxies emerged. In time, appropriately high temperatures developed within stars to facilitate a synthesis of higher chemical elements, carbon included.

“In order for a biological evolution to develop, we need organic chemistry, i.e. the chemistry of carbon compounds. In order for carbon to emerge, nuclear fuel must be burned up in a few generations of stars. At the end of their life cycle, gigantic stars explode and pollute outer space with their ‘ash.’ The polluted ashes and gases make up next generations of stars, which could contain carbon. One of such stars was the pivot of our planetary system and the human being was born on one of its planets, known as the Earth,” says cosmologist Fr. Prof. Michał Heller in his book Rozmowy o człowieku. Wywiady z ekspertami [Conversations about the human person. Interviews with experts].

The scholar by no means claims, however, that we entered the world “by chance.” As he points out, “Cosmological literature uses the term fine tuning in reference to the subtle ‘resonance’ between us and the Universe. If the speed of the Big Bang had been only slightly different, life would not have emerged. A deviation from the velocity of the Big Bang of the order of a mere 10(-55) (one divided by one, followed by 55 zeros) would have prevented us from coming to life. If the weak nuclear bonds were slightly stronger than they actually are, all the hydrogen would have been incinerated in the Big Bang and would have changed into helium. This would have put an end to a further chemical evolution. If, in turn, if the weak nuclear bonds were slightly weaker than they actually are, neutrons would have been unable to disintegrate into protons, which would have destroyed the resources of original hydrogen and would have blocked chemical evolution,” explains Fr. Heller.

Contemporary cosmological and astrophysical theories indicate that in order for stars to be “polluted” by an adequate amount of carbon indispensable for the emergence of life in the expanding Universe, we need a time period of 1040 natural time units (a natural time unit is a period of time when light covers the distance of the nuclear core diameter). Prior to that date we were unable to come to life as there was not enough carbon material. Life after this date will not be possible, either, since the stars will burn up their nuclear fuel resources and will not be able to supply the heat indispensable for life.

In the history of the Universe there is only a relatively narrow period of time where life can develop. All of this looks like by some strange confluence of physical parameters we managed to stand a pin on its point. Yet we do exist and develop, which means that the pin continues to stand on its sharp end.

This article was translated from the Polish.